The New Jersey State Board of Education approved a resolution that allows the Jersey City Public Schools to regain full local control from the state, officials said.

“Today is a huge milestone for Jersey City and proof that the years of hard work by parents, teachers, educators and residents who demanded accountability has paid off,â€ Jersey City Mayor Steven Fulop said in a statement.

â€œWe know there is still more work to do to continue to improve our schools and we will work side by side with the superintendent and the Board of Education to ensure that all students have access to a quality education.â€

Serious discussion of the district regaining full local had been ongoing since October 2015, but as of last summer,Â some school officials remained befuddled as to why the transition had yet to be made.

The state took over the JCPS district in 1989 after years of failing test scores, to the point that the situation was deemed a “total educational failure.”

However, according to Jersey City Education Association President Ron Greco, the celebration is a bit premature as he believes that the district hasn’t been handed full control of instruction and planning just yet.

“What I heard was we are on the final path to local control. A resolution was presented to the School District to say we have one final area still under State monitoring which is instruction and programs,” Greco explained in an email.

“Transition Teams will be formed to ‘Initiate’ the beginning of a return of instruction and programs. When this is completed and meets the satisfaction of the Dept. Of Ed, we will have full local control. That’s my understanding.”

Fulop, Greco, Superintendent of Schools Dr. Marcia Lyles, Jersey City Board of Education President Joel Torres, Board Vice President Sudhan Thomas and Board Trustee Lorenzo Richardson were just a few local officials who made the drive to Trenton this morning.

Lyles office did not return an email seeking comment this afternoon. 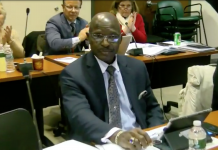 LETTER: The Jersey City BOE should fully support Supt. Walker and his administration 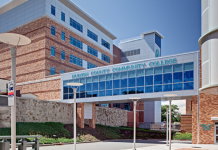 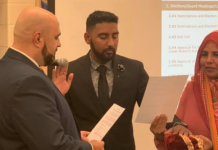