After a public outcry, Jersey City Mayor Steven Fulop is calling on the municipal utilities authority and Suez Water to halt all solid waste disposal fees after residents were overcharged. 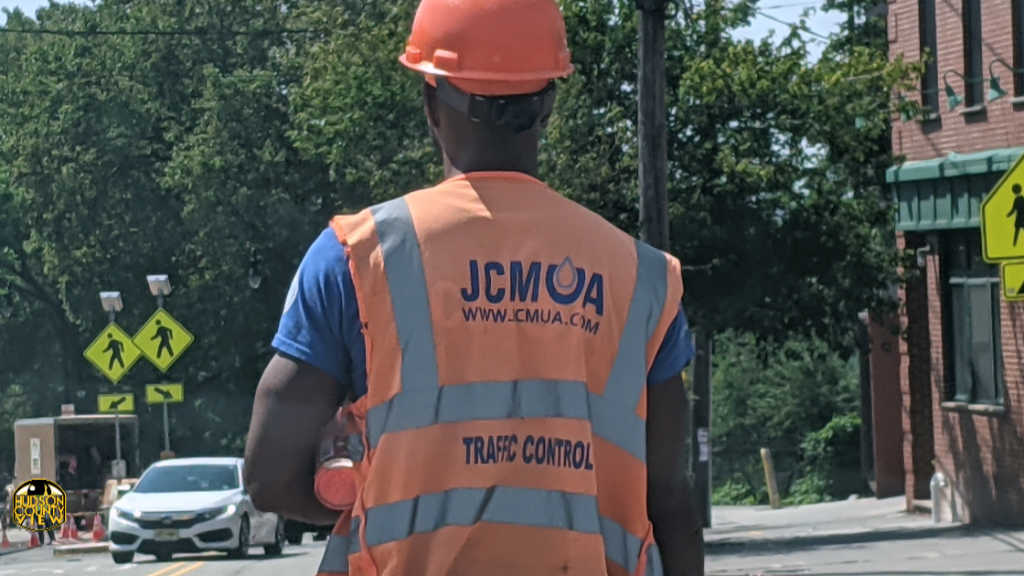 “Residents have explained to us that they are being way overcharged on what was supposed to be a nominal fee for their waste collection after these services were acquired by the MUA,” Fulop said in a statement.

“In response, I’m asking people not to pay their bills specific to the solid waste collection fees until the MUA rectifies the issue, and for those who have already paid, we will make sure you get a credit for future payments.”

This afternoon, Suez put out an alert advising their customers not to pay the solid waste fee on their monthly bill for service. The MUA could not be reached for comment on Saturday.

Historically, the city provided waste disposal services through an outside vendor until January of this year, when the MUA officially accepted the assignment of the solid waste contract.

Their board approved the measure back in September, at the same meeting where they approved a $133 million budget with a nine percent hike on water and sewer rates.

During the pilot episode of Hudson Media Group’s “Meeting with the Mayor” this Wednesday, a question and answer session that this reporter participated in, Fulop defended the solid waste collection fee as a way for tax-abated properties to pay their fair share.

” … We go into the year every year with trying to figure out tens of millions of dollars in added costs from the previous year, not because we’ve spent additional money, just because of the structure and cost of running anything has increased – it’s a big challenge,” he said during the hour-long program.

” … What you know about tax abatements is they don’t participate in that added cost of government at all because they have a fixed payment that they make regardless what happens to the taxes of regular residents like you and I. So something like garbage collection – which goes u exponentially every single contract and is a big challenge for the city – those tax abatement building don’t participate in it, which isn’t fair.”

Fulop also argued the fee isn’t a back door tax since while the average homeowner’s tax bill went up $300 due to the MUA, it also went down nearly a $1,000 on the city’s end due to a 20 percent municipal tax decrease made possible due to American Rescue Plan funds.

Nevertheless, Councilman-at-Large Rolando Lavarro today continued to refer to it as such and also asserted that it was never about tax fairness.

“The original intention of this backdoor tax had always been to hide a potential tax increase before the American Rescue Plan literally came in and rescued our city budget,” he said in his own statement.

“Mayor Fulop and his Council allies only acknowledged the backdoor tax when media attention finally brought it to light and when the public was practically standing outside City Hall with virtual pitchforks and torches.“

And as recently as the July 9th Department of Public Works Budget Hearing, Lavarro called for records and answers as to the assignment of the trash collection contract from the City of Jersey City to the Jersey City MUA.

Additionally, Ward E Councilman James Solomon, an outspoken critic of this measure, thanked the administration for finally taking action, as well as the residents who helped make this happen by voicing their concerns.

“I’m going to file this under ‘better late than never.’ We’ve been sounding the alarm on this backdoor, regressive, $300 flat tax on low income families since February. I’m not sure why it took the administration this long to figure it out. I’m just glad they did,” he stated.

“I appreciate the work done by Jersey City residents who have made their voices heard on this issue. We’re going to remain vigilant to make sure real action is taken to eliminate this unfair tax.”

The solid waste fee had drawn scrutiny in recent weeks, with an online petition to repeal the measure collecting 871 signatures.

Later this afternoon, declared mayoral challenger Lewis Spears said this is a prime example of why residents should be allowed to weigh in on city policies like this one before it is implemented.

“Jersey City residents were negatively impacted by the consequences of a policy that seemed to be rushed into place. They demanded to be heard and now we essentially have a reversal of course,” he noted.

“I believe that giving residents a chance to weigh in on policy—especially policy that directly impacts their pockets—before it is implemented could go a long way towards identifying and mitigating both the risks and the consequences.”

Editor’s note: This story was updated with a comment from mayoral challenger Lewis Spears.

Could Jersey City short-term rentals be a life saver? One woman...