The American Civil Liberties Union of New Jersey got a restraining order to limit protest outside Hudson County Executive Tom DeGise’s home dismissed today, about a year-and-a-half after the order was granted. 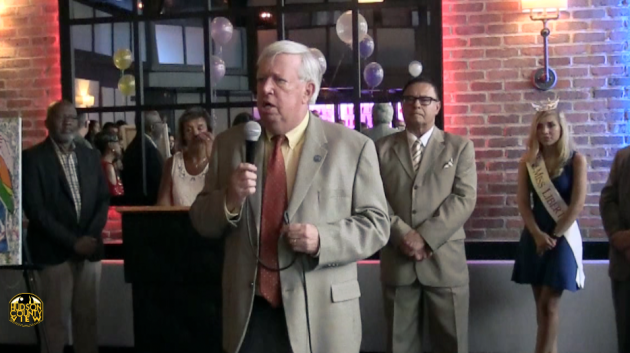 Hudson County Superior Court Judge Jeffrey Jablonski, now the assignment judge, ruled in December 2020 that only allowable picketing and protesting outside of DeGise’s home, which were in response to the county’s previous contract with U.S. Immigration and Customs Enforcement (ICE), under very specific circumstances.

For example, the protests could not exceed 10 people, could not actually be in front of DeGise’s house, were only allowed to take place between 7 and 8 p.m., could only occur ever two weeks, and the Hudson County Sheriff’s Office had to be given 24 hours notice.

“The rights to speak and to protest are protected by the Constitution, and dissent has been foundational to our democracy,” ACLU-NJ Legal Director Jeanne LoCicero said in a statement.

“We hope that the Court’s thorough opinion, issued after lengthy and costly litigation, will serve as a reminder to elected officials throughout New Jersey that efforts to silence dissent and punish opposing viewpoints will not succeed. Our clients protested for a cause they believe in; our democracy is stronger because of their participation.”

The ACLU defended the protesters, arguing that the restraints severely undermine First Amendment rights, including the right of speech, right of assembly, and right to petition the government.

Jablonski wrote in today’s ruling that the demonstrations were peaceful and that no one was ever threatened or in danger due from protesters.

“There was never any personal engagement between the plaintiff and the protesters. The protesters did not have any prolonged intrusion on the plaintiff’s property, only stepping into the driveway briefly to allow pedestrians to pass,” he wrote in his 28-page decision today.

“The protesters did not ring the doorbell to the plaintiff’s residence. No threats were made to any occupants. No traffic was blocked. Despite the fact that the plaintiff called the police and contacted law enforcement agencies, the plaintiff admitted that he didn’t fear for his safety at any time.”

In a phone interview, DeGise said that while he was disappointed in the decision, he can accept it as long as there aren’t protesters in front of his house again.

” … The only thing I ever wanted out of this was to stay off my block at midnight and they haven’t since the injunction. So as long as they stay off, I don’t care. I think they’ve moved on to somebody else and something else and as long as they’re not on New York Avenue, I don’t give a s***,” he explained.

He also disputed the notion that he that he never felt like he was in danger.

“The first day when they came, they came at midnight and I heard banging, yelling, screaming, flashlights coming into my living room. I had no idea who they were. I woke up my wife, said stay away from the windows, called the cops but I had no idea what they were gonna do … The decision baffles me.”

In September, Hudson announced they were getting out of the ICE business in favor of providing drug rehabilitation and reentry services for Union County inmates.

Four people were arrested under the initial order and they were represented by the ACLU of New Jersey and their criminal cases were dismissed.

Frank Corrado of Barry, Corrado, & Grassi, P.C. represented three additional defendants pro bono after Hudson County officials added them to the civil case and all of the defendants’ cases have been dismissed.

This was the third time the ACLU had sought to have the case dismissed: the first time in April of last year and then again seven months later.