Ahead of a pivotal vote by the Hudson County Board of Chosen Freeholders, Bayonne resident John Milan Sebik, says that “local governments should allow Immigration and Customs Enforcement to do their job and cooperate.”Â

Why has ALL become Political?

We have all heard about the recent vote by the Hudson County Freeholders regarding the ICE contract. We have also heard about immigrants and their families being separated at the border. If you truly think about the above two issues, they are frankly quite similar.

Why would anyone, especially our Local, State, and Federal elected officials who are
most likely against separating families at the border, supporting the end of the ICE contract?

How can our elected officials say they are for â€œdemocratic valuesâ€ but for political purposes only, want to end this contract. Just because some elected officials may or may not believe in our President, they definitely should not be using â€œthat mindsetâ€ to end the ICE contract.

Local Governments should allow to Immigration and Customs Enforcement do their job
and cooperate.

Will the County have to raise taxes on the 12 municipalities? Will every municipality
have a tax increase just to satisfy the protests and protesters?

This is certainly unfair to every citizen who does not agree with ending this contract and regular taxpayers, who have no opinion.

We, the people, hold the power and next vote around, if this is the case, all should be
voted out.

The ending of this contract is purely political. The changing of mindsets of our elected officials is also suspicious. How can Senator Menendez, who took an oath to â€œdefend our Constitutionâ€ also support an Abolish Immigration and Customs Enforcement rally?

This is basically promoting â€œbreaking Federal Immigration Law.â€ How can you say you care about the immigrants in our County and choose to send them farther away from their families.

You are putting politics above people.

The holding of detainees in Hudson County keeps the detainees close to their families and if the detainees are moved, puts these families now in a position to have to spend more money to see their loved ones.

How does this help these families, your constituents? Will the County pay for the extended time off or the added transportation costs to see their loved ones?

There are some who donâ€™t believe in Immigration and Customs Enforcement but I do
because the law is the law.

If the United States had no laws and no borders, there would be complete anarchy. Yes, the system is flawed but letâ€™s protest getting the system fixed already. Comprehensive Immigration reform should be put back on the table and the work should be done by BOTH parties to finally fix for our Nation, our Nation of laws.

DACA came and went and is heard of no more, Why? Politicians care about their next talk show, their next interview, their next speaking point, and NOT the true issues, we all care about.

Listen to most of them speak and you know, no one will change their mind because itâ€™s about them and not us.

Hudson County Executive DeGise supported this contract at first, but now he reversed
his position. Why? Is it because it doesnâ€™t align with Governor Murphy or Senator Menendez or Congressman Sires? Why must everyone just fall in line? I just do not agree.

The new Hudson County Chair Amy DeGise also agreed with her father at first but nothing has been said since.

Why Not? Whatâ€™s the Progressive direction? Separate families or keep the detainees Closer to their families?

I understand one must stay true to Party but common sense is common sense and just because you donâ€™t agree with the President 100% does not give any elected official the right to tear families away from their loved ones.

Those also who want to end ICE should move to another open borders country. We are a Nation of Laws, Period.

If the Hudson County Freeholders want to end this contract, then they should show the
plan to make up the $19 millions dollars first without raising taxes on the citizens in Hudson County. 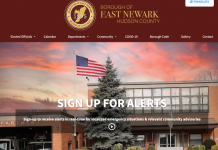