Hoboken Assemblywoman Annette Chaparro (D-33) said she wants to “let the voters decide on any political future,” also noting that she wants to focus on this legislative session before potentially picking a fight. 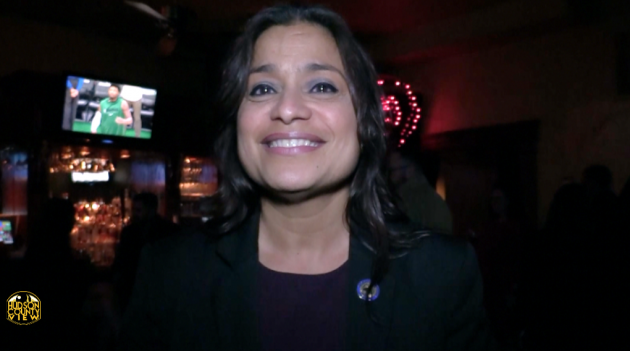 “After re-districting, it became clear that politicians would be jockeying for position, as expected. Despite discussions swirling around the political rumor mill, my plans are to continue in this position and let the voters decide on any political future,” she said in a statement.

“I’m not naïve to the games that are played in Trenton – I’m in my fourth term as a representative from Hudson County – I know how it works. However, I believe it’s extremely premature to begin playing these power games when we barely started this legislative session. I don’t think it’s fair to the residents who just elected us to look beyond this term right away.”

Sacco has since announced he would not challenge Stack, as HCV first reported, as North Bergen Commissioner Julio Marenco has emerged as an Assembly candidate. He would replace Assemblyman Pedro Mejia, of Secaucus.

Back in the new D-32, Mukherji has already received a ton of establishment support, including Gov. Phil Murphy (D) to become the next state senator.

While she isn’t committed to running again next year, she emphasized that her seat should continue to have Latina representation.

“If for some reason I do not run, I am committed to ensuring that Latina representation remains in Trenton coming from our District,” Chaparro explained.

She continued that even if Mayor Ravi Bhalla and Mukherji decide to go in another direction, she owes it to the voters/her constituents to focus her efforts on this legislature session since she will be in office until at least January 2024.

“I didn’t wish to address this topic at this time, as I believe it’s way too early to have these discussions, but given conversations out of my control that are occurring in the political arena, I wanted people to hear directly from me instead of the rumor mill,” she concluded.

With Zimmer and Ramos surging in Hoboken, does a rematch loom...

Bhalla applauds Biden on rejoining Paris accord: Climate change has a...