69 Jersey City municipal buildings will have temperature and face mask scanners soon, with 16 already installed as of today, with the costs being covered via CARES Act funding, officials said today.

“The big changes are going to be in how we screen visitors to City Hall and municipal buildings, [police] stations, fire houses, to protect the public and also protect our employees,” Mayor Steven Fulop said at a press briefing at Jersey City Municipal Court this afternoon.

The mayor also noted that the costs of the OneScreen GoSafes will be covered via CARES Act funding and that Jersey City is the first in New Jersey, if not the nation, to implement the technology.

“On a daily basis, we see approximately a 1,000 people, plus 100 to 175 employees here, and our main concern is that we want a safe environment for folks to visit and also protecting themselves,” added W. Greg Kierce Jersey City Office of Emergency Management and Homeland Security Director.

Currently, there are two scanners at City Hall, four at City Hall Annex buildings, two at the Department of Public Works building, one at the recreation building, and one at the Bethune Center – among a handful of others.

Health and Human Services Director Stacey Flanagan said if any employees or visitors are scanned with a 100.3 fever or above, they will be asked to go home and monitor their temperature on their own after they are giving information on how to get COVID-19 testing.

Furthermore, city buildings will still be manned by security at their entrances.

Also during the question and answer session and the media, Fulop addressed concerns expressed online regarding potential facial recognition and/or data storage software related to GoSafe.

“We’re not data storing any of this stuff, we know that people are concerned with that, but this is really to protect the public, protect the city, and we’re not looking to do any sort of facial recognition, data storage, or use it any other way,” the mayor said.

Before the presser concluded, DPW Chief of Administrative Services John Lynch, who is overseeing the installation of the scanners, showed how the technology is able to check a temperature and whether or not is someone is wearing a mask.

The presser streamed live on our Facebook page and can be viewed below: 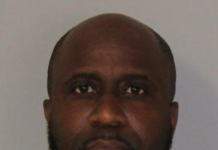 LETTER: Goya should not be facing boycotts after voicing support for...