A three-alarm fire in Jersey City has displaced 14 people, but there were luckily no injuries in part to a man being touted as a hero for saving a dog and his two children from the blaze. 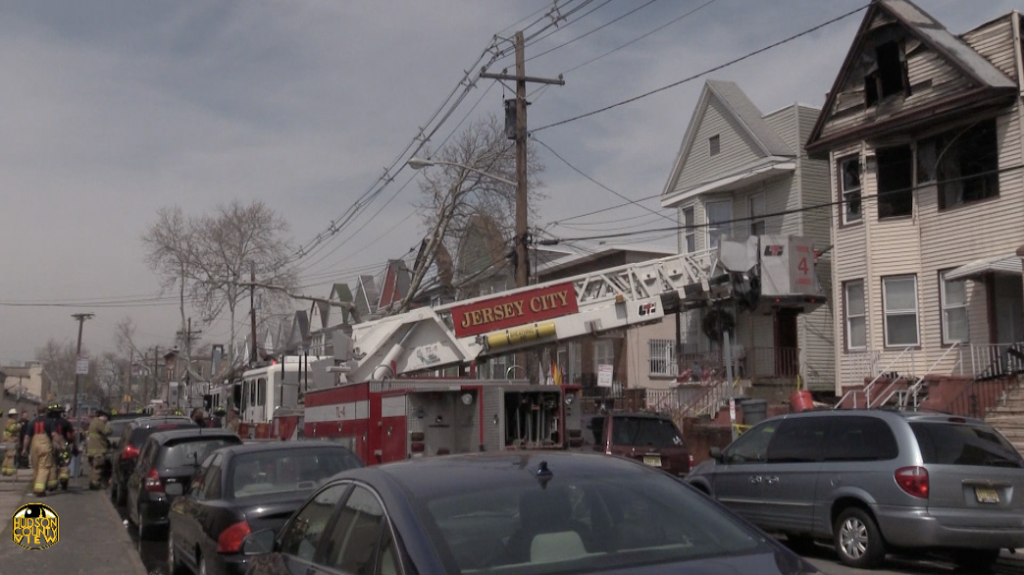 The fire at 26 Gates Ave. broke out around 10:30 a.m. and while it was deemed under control in an hour or so, the second and third floors of the building still sustained heavy damage.

â€œOnce the fire alarms went off, my first instinct was go to where the fire is in case someoneâ€™s still inside. I kicked a door open and a dog ran out,” Koshawn Conrad, who was visiting his girlfriend, said in a phone interview with HCV.

“By the time I got back downstairs, the fire had got bad and me and a friend helped my two kids out of the building.â€

Conrad explained that he dropped his children on a building awning and a neighbor helped them get to safely get to the ground.

Several neighbors, who requested not to be identified, saw Conrad in action and touted him as a hero.

He remained humble when told of the reactions and indicated he was just happy to lend a hand.

“Iâ€™ve never been in a situation like this, all I can say is you canâ€™t freeze up. If wouldnâ€™t call myself a hero, Iâ€™d just call myself someone who was trying to help.”

City spokeswoman Kimberly Wallace-Scalcione said that the fire displaced 14 people and the landlord, James Garcia, 56, of Toms River, was arrested at the scene for outstanding warrants.

The city has also posted a link to a GoFundMe page of the families in need.

Liberty Humane Society, the Jersey City-based non-profit animal shelter, posted on social media that the dog, Tom Terrific, has been found and is being treated by a vet for a few cuts.

Their executive director, Irene Borngraeber, thanked Conrad for making sure the dog survived.

“The entire LHS community is extremely grateful to Mr. Conrad for his compassion, bravery and quick thinking that saved the life of our LHS foster dog. We cannot thank him enough for choosing to help Tom.”

Furthermore, an LHS employee, Sarah Dawson, lived at the home where the fire broke out and another GoFundMe has been started to help get her back on her feet.

“Sarah doesn’t have any family or close relatives to help her get back on her feet, all she has is us, her friends, co-workers, fellow animal lovers and anyone who will be generous enough to donate to this campaign,” the page description says.

“We are trying to gather enough funds to help get her settled into a new apartment (security deposit, first month rent etc..) and start over. This is an emergency fund, as of this moment she doesn’t have anywhere to go, anywhere to stay and lost everything in the fire.”