In a completely unforeseen move, Bayonne 1st Ward Councilman Tommy Cotter, who was re-elected with 65 percent of the vote in May, is resigning and is set to become the director of the city’s Department of Public Works.Â 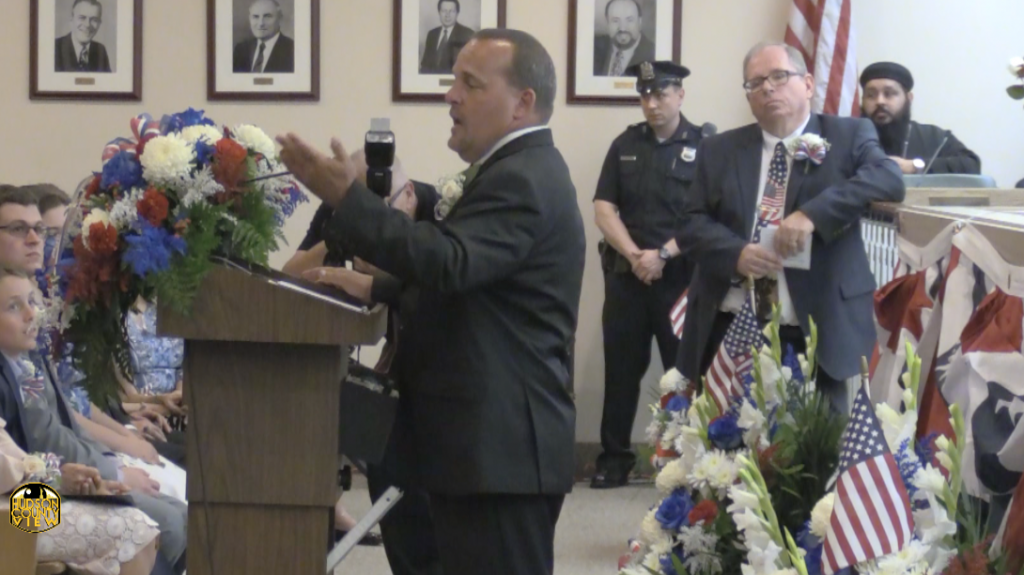 â€œI am sorry to see Tommy step down as a Council Member. He has been a great representative for the First Ward and an outstanding advocate for the entire City. I am glad that he has agreed to take the position as the DPW Director,” Mayor Jimmy Davis said in a statement.

“I am confident that he will serve the needs of the residents and will make sure that we continue to focus on the needed upgrades to our open space.â€

â€œIt has been my pleasure to serve as a Council Member under Mayor Davis. I have
been lucky to be part of a great Council team that has been able to kickstart development at MOTBY and invest in our parks,â€ added Cotter.

â€œI also feel honored that the Mayor has asked me to step in and head the DPW. For me, there is nothing I like better than serving my community. I look forward to working with all of the dedicated employees and being part of the next stage of progress in this City.â€

As a city employee, Cotter will replace GaryÂ Chmielewski as the head of DPW. According to public records, Chmielewski made a salary of $125,551 in 2017.

“It has been my pleasure to serve as a Director for the City. I have been lucky to work with a dedicated group of employees who show up every day wanting to make Bayonne better. Unfortunately, due to reoccurring health problems, I am unable to fully meet the daily challenges that the director position requires,” Chmielewski said in the same statement.

He has served as the DPW chief since 2007 and will now be taking on “a reduced role” that involvesÂ overseeing resident complaints related to garbage and property maintenance, as well as managing playing fields and public facilities.

Council President Sharon Nadrowski said the council will be accepting resumes and/or other written statements from 1st Ward residents until Friday, November 9th at 4:30 p.m. in anticipation of filling the soon to be vacant seat (Cotter’s resignation is effective as of November 12th).

â€œI am sad to see Tommy leave the Council, but I am confident that he will be a great Director and will work hard for the residents of the City,” she stated.

â€œCouncilman Cotter has served Bayonne extremely well as an elected official. He will make a great DPW director. As everyone knows, Tommy is much more interested in getting the job done than acquiring titles,” Assemblyman Nick Chiaravalloti (D-31) said in his own statement.

“I am happy he will continue to serve Bayonne in this new role and look forward to working with him. Gary has had a long history serving Bayonne. I am sure he will continue
to bring the same passion to his new position.â€

The search for a new CFO is expected to begin before the end of the year, a city spokesman said.

Cotter did not immediately return a call or text message seeking further comment.

Editor’s Note: The story has been updated with a comment from Assemblyman Nick Chiaravalloti (D-31).

Bayonne City Hall closed for the day after nearby construction causes...