An organization founded by two women from northern New Jersey, one who is from Kearny, are fighting to educate – as well as provide comfort – for women and their families throughout the state dealing with the tragedy of stillbirths.Â

The bill was signed into law by Gov. Chris Christie in hopes of establishing more sensitive policies and procedures to handle stillbirths, as well as to establish protocols in evaluating fetal deaths in New Jersey.

She later explained how the 2 Degrees Foundation came about, with Vijayvergiya later adding the organization strives to provide comfort to families that have endured the same struggles they have.

Dinburg also noted that she believes thereâ€™s a “lack of supportâ€ from some healthcare professionals in the state that handle stillbirths.

Vijayvergiya concluded by stating they donâ€™t want to elicit fear regarding the subject of childbirth, but that the 2 Degrees Foundation just wants expecting mothers to be informed.

More information can be found on the 2 Degrees Foundation website. 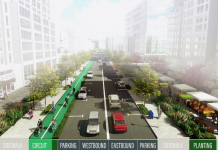 WalletHub ranks Jersey City the most culturally diverse city in the...