With a referendum overwhelming approved to establish a Jersey City Arts and Culture Tax, the local arts council hosted a Zoom call seeking feedback on what’s next. 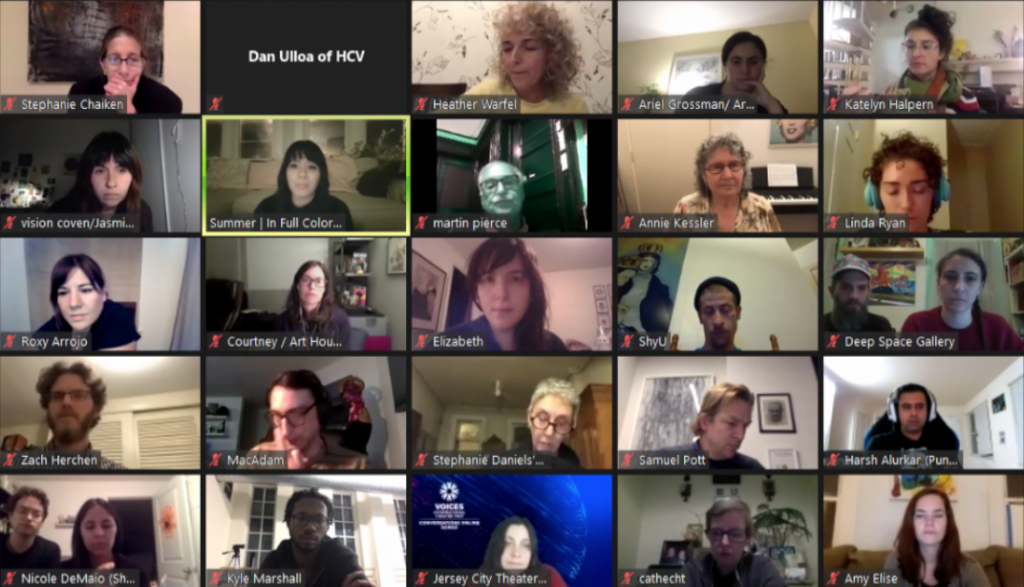 Heather Warfel, the co-chair of the Jersey City Arts Council, said they are working with the city to lay out guidelines on distributing the funds accumulated through a small property tax – two cents for every $100 worth of assessed property value.

“The awards themselves should be chosen by someone outside Jersey City,” said Annie Kessler.

She argued that even if the appointed people are competent, there could be a lot of in-fighting and biases in decisions.

In that case, Warfel suggested that there could be an art expert from outside the community advising the board.

Since the Jersey City arts community is small, it would be hard to find people unaffiliated with an organization that would make them biased.

Kyle Marshall concurred on the need for a neutral panel.

“I hope they fund the spectrum of artists in the city and different structures, not only 501(c)(3)s but artists and other organizations,” he added.

“We need to think about the artists born in Jersey City. There can be a spectrum of accessibility that would help with diversity and inclusion too.”

Kaitlyn Halpern chimed in to say that many people need to expand their horizons beyond just the non-profit section of the arts world.

“Fixation on the non-profit model doesn’t reflect all the different types of artists … There should be an emergency fund for artists for issues,” she said, noting the high rent makes that especially poignant.

Halpern also said there should be funding to encourage longevity and not just short-term projects.

Additionally, Halpern suggested that those appointed to sit on the advisory board she rotate and receive an honorarium.

“As a founder of a c3, I want to enforce the critical role the 501c3s play in the arts sector,” stated Samuel Pott.

“A c3 is able to leverage art support in ways individual artists and LLCs may not be able to.”

He noted that if a non-profit receives a grant, it’s easier to secure another, which facilitates programming. By their nature, c3s have many accountability levels, including audits, a board of directors, and adherence to a mission, Pott argued.

Pott also estimated that the total amount the fund would raise annually would be about $800,000, which is not a great amount compared to how much other cities fund the arts.

“If this money goes to for-profit businesses, they can take that money and do whatever with it. Non-profits should be the first to be funded … We need arts all over the city, not only Downtown,”  indicated Olga Levina.

Furthermore, several individuals argued the grants process should be explained in detail since many still weren’t familiar with it.

There was another concern that the money needs to be dedicated exclusively to the arts and not go to a cultural event such as a 4th of July celebration.

“As a woman of color, it’s very hard to get noticed. I feel like we’re not given reciprocal support,” noted Jasmine Romero said.

“In Ancient Rome, we were considered nothing more than vagabonds. For most of history, artists have struggled. Women historically have been marginalized in the arts,” she stated.

She then noted Harry Potter author J.K. Rowling used her initials to give her books a more masculine appeal.

“Only two percent of galleries in hang women art even when women run it …There must be a commitment to equally fund women.”

“I’m not hearing a lot about the literary arts,” said an artist identifying as Rescue Poetix. She hoped that arts such as publishing, poetry, and the spoken word would be taken into consideration as well.