The West New York Board of Commissioners postponed a vote that could potentially eliminate their health department in favor of a shared services agreement earlier today. 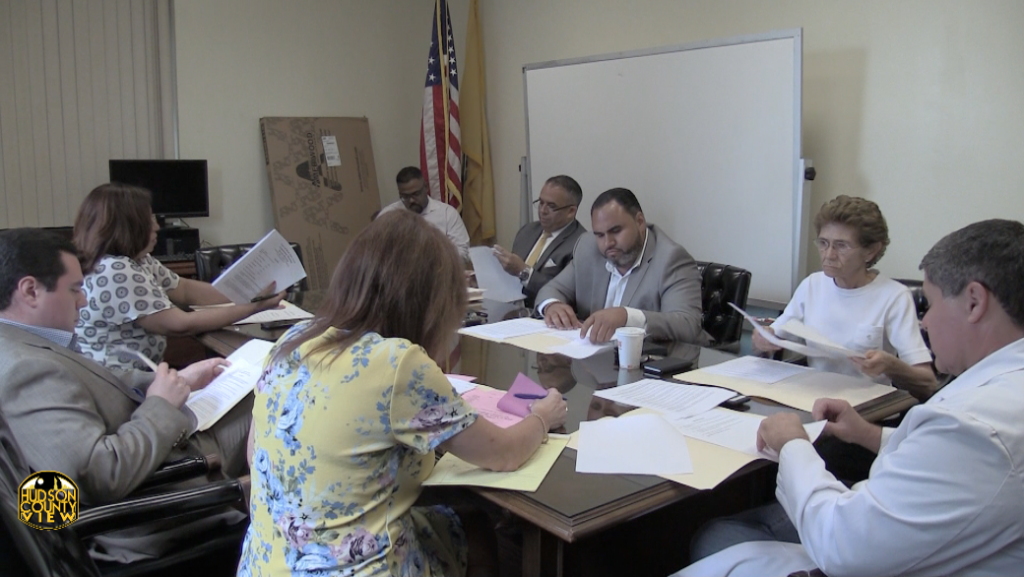 A motion for a public hearing on the ordinance was made by Revenue and Finance Commissioner Gabriel Rodriguez, with Mayor Felix Roque seconding the motion.

No members of the public spoke on measure during the special 4 p.m. meeting held inside the mayor’s conference room and it was just as well: Rodriguez made a motion to postpone the vote until the August 15th meeting, which will be held at 6:30 p.m.

Department of Public Works Commissioner Susan Colacurcio seconded that motion and the vote to postpone downsizing the health department was approved unanimously (5-0).

No members of the public came to speak on any matters of concern and the governing body ended up convening for just five minutes.

A source with knowledge of the situation told Hudson County View that the vote was postponed as the town is still awaiting written approval from the New Jersey Civil Service Commission on utilizing a shared services agreement, likely with North Bergen, for their health department.

At a contentious meeting last month, the board okayed the first reading of the health department ordinance before introducing an add-on agenda item calling for today’s special meeting in order to vote on a second reading.

Health Officer Gina Miranda Diaz, who earns an an annual salary of $172,647.45 and is the wife of Roque’s top aide Manny Diaz, threatened to sue the town, as well as Rodriguez and Commissioners Cosmo Cirillo and Margarita Guzman – the officials who have broken rank with Roque – for political retaliation back in May.

She made good on her claim last month and while she remains on the town payroll, she has already cleaned out her West New York office, sources said.