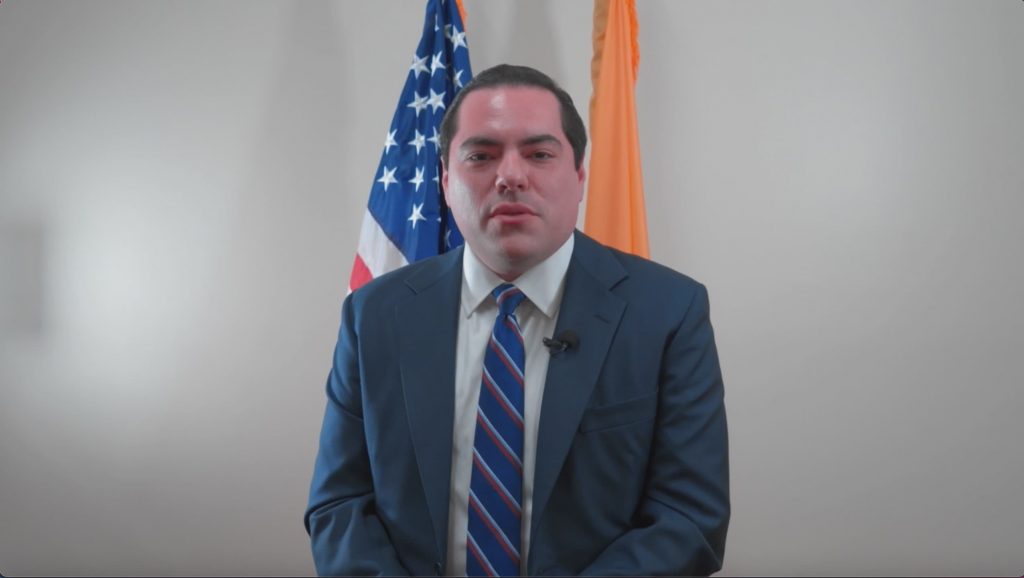 “I believe actions speak louder than words, West New York needs and deserves a Mayor that is willing to put in the hard work, effort and time, that will be available and accessible to listen to and address the concerns of our community and understand the issues our residents face on a daily basis and also work day and night to be a true servant for our community,” Cirillo, 35, said in a pre-recorded video.

“It is for these reasons, after careful consideration and listening to the words of encouragement of my family and supporters, that I am officially declaring my candidacy to be the next Mayor of the Town of West New York. Over the coming weeks, I look forward to introducing my dynamic team that share these same values and who I believe represent the very best of West New York.”

Cirillo ran with Gabriel Rodriguez, the current mayor and Sires’ godson, Victor Barrera, Yoleisy Yanez, and Margarita Guzman in 2019, where they unseated then-Mayor Felix Roque and defeated his slate in a clean sweep.

A former board of education president who has served as a legislative staffer for ex-Assembly Speaker Vincent Prieto and Assemblywoman Angelica Jimenez (both D-32), this will be Cirillo’s first shot at the mayor’s seat.

“In closing, from the bottom of my heart, I want to thank all of you that have supported me in the past and continue to support me. For those of you I have not had the privilege of meeting, I look forward to meeting you on the campaign trail and working tirelessly to earn your vote and working even harder to keep your trust once elected,” Cirillo also said in the video.

In a phone interview, Sires acknowledged that the two could not come to terms, declining to get into specifics, and stating that he feels strongly about his track record in his home town.

“We didn’t see eye to eye with a lot of people around him. My personal opinion is he’s been pushed in the wrong direction. I’m a known entity, I have delivered for West New York ever since I got elected for the first time and I continue to deliver for West New York,” Sires, the mayor between 1995 and 2006, as well as a former state Assembly Speaker, stated.

“I’m experienced and I think I’m well thought of in the community. There are some things that I didn’t accomplish when I was there that I want to accomplish now. I want to continue making the Town of West New York better.”

As far as priorities going, he said that he’d like to build a brand new library, a new school at 64th Street and Broadway, more pocket parks, and a waterfront park.

“Everybody’s entitled to run and I put my record against anybody. I am very comfortable that we have done the right thing for people,” Sires, who served in the House for eight terms, concluded.

Both Cirillo and Sires declined to say who their running mates would be, though sources with knowledge of the situation indicated that Barrera and Yanez would run with Sires and that Guzman would be a part of Team Cirillo.

Meanwhile, Rodriguez is expected to run for the state Assembly in the new 33rd Legislative District under state Senator Brian Stack, also the Union City mayor.

As for Roque, who has previously expressed an interest in challenging Sires, he said he is “highly highly considering” another run for mayor, indicating he has a team and the money set aside already.

He said he is happy to see Cirillo running and had nothing bad to say about him and that “hopefully I’ll be making my announcement soon.”

“It’s always about taking care of the people and the reality is, and we can’t blame Cosmo, but the past four years, the town has been deteriorating. Garbage all over the place, the police department is dissatisfied – they took away their overtime, they gave them the ****iest insurance there is,” Roque exclaimed.

He also said that he was excited that Cirillo was running since it would’ve been “boring” to have two just two old school Cubans competing for the town’s top elected post.