West New York Board of Education Trustee Jonathan Castaneda, also Mayor Felix Roque’s chief of staff, has left his Town Hall post for a position with the Port Authority of New York and New Jersey.Â 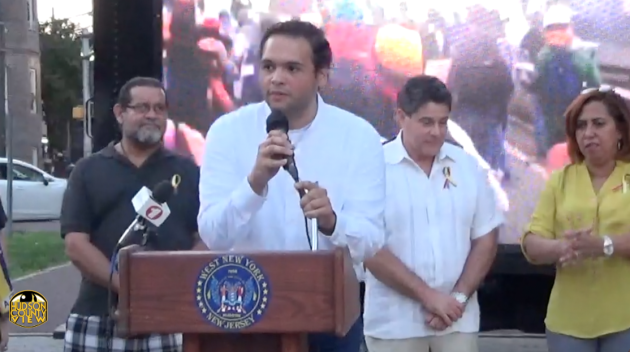 “I loved what I’m doing now, as the chief of staff, I was able to accomplish a lot of things, worked on some project, improved some communications,” Castaneda said in a phone interview.

“I’m very appreciative of the opportunity Mayor Roque and the Board of Commissioners gave me, an opportunity to move the town forward.”

Castaneda, also the chairman of the West New York Democratic committee, stressed that his new gig – transportation planner for the maritime division – was publicly advertised and that he applied for the position back in January, long before the Hudson County Democratic Organization civil war began.

A former staffer for U.S. Rep. Albio Sires (D-8), who recently declared his intentions to take Roque out, Castaneda appeared to be in a very precarious position, but he seems to have found a safe escape from the war zone – at least for now.

“Considering my new position, I doubt I’ll be able to engage in anything that’s partisan,” he said about the impending battle between the local Democratic committee that will likely pit Commissioners Cosmo Cirillo and Gabriel Rodriguez against Roque.

He also said that he currently doesn’t have an official start date at the Port Authority, but expects to be there before the end of the month.

While Castaneda has spent most of his career working in government and politics, he has a Master’s Degree in Public Administration from Seton Hall, as well as a degree in transportation planning from the Edward J. Bloustein School of Planning and Public Policy.

“It’s the perfect fit for me, it involves transportation planning and a little bit of policy,” he added.

Castaneda’s board of education seat is up in November, and despite submitting his resignation at Town Hall yesterday, he currently still plans on seeking re-election.

“I am 100 percent committed to seeking re-election in November,” he began.

“The team on the board is great, our teachers are great, our students are great and the work our district has done is something I’m not only proud of, but humbled to have the opportunity to do,” Castaneda stated, noting that he was speaking on his own behalf and not anyone else from the BOE or school district.

As Roque’s chief of staff, Castaneda’s most recent salary was $67,000. He declined to comment on what his compensation will be at the Port Authority.

A Port Authority spokeswoman said the agency does not comment on hiring or personnel matters.