“Weehawken and You,” Mayor Richard Turner’s council slate, is continuing their trend of running unopposed in the May 8th municipal elections, but they aren’t taking it for granted. Sponsored content.Â

“First of all, we’re all very humbled … to be running again as we go through the transition,” Turner began, reminding residents that Raul Gonzalez will be replacing 3rd Ward Councilman/Deputy Mayor Robert Sosa and David Curtis will be succeeding Councilman-at-Large Robert Zucconi.

” … We’ll be spending the next few months meeting with people, we may have a few forums, and setting up priorities for the next several years,” the mayor added.

Turner is seeking his seventh term in office: he’ll make it three full decades as mayor in 2020. His team hasn’t faced an opposing full five-person slate since 2002 and that trend doesn’t appear to be changing any time soon.

Petitions for nomination were due at the Weehawken Clerk’s Office on Monday at 4:00 p.m. and only the Weehawken and You team submitted their paperwork.

“A lot of administrations that run opposed because there are constituents, a constituency, that is dissatisfied with something. So we’ve run unopposed all these years because we have made it a point to constantly be in touch with our constituency,” Sosa said.

â€œI have been advocating for the first ward for 15 years,â€ Silvestri-Ehret said. â€œMost recently, I along with the mayor, succeeded in getting the Hudson Tunnel Authority to change its plans about construction in the Shades that would have caused major upheaval in the neighborhood, as well as for commuters on Hackensack Plank Road.â€

The three incumbents further stated that some of their biggest accomplishments to date were preserving the waterfront, only approving responsible development and keeping taxes stable.

Newcomers Gonzalez and Curtis praised their peers for always being approachable and keeping “the small town feel” of Weehawken intact. 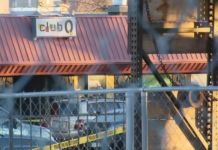 Hudson Pride ED on Club Q: ‘We deserve to live our lives fully without fear of being attacked’ 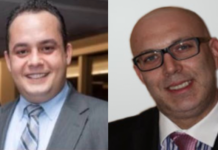