A Union City pastor and part-time teacher’s aide for the school district is accusing state Senator (D-33)/Mayor Brian Stack of forcing himself on her back in 2006 in a new retaliation lawsuit, with a spokeswoman calling the allegations “beyond absurd.” 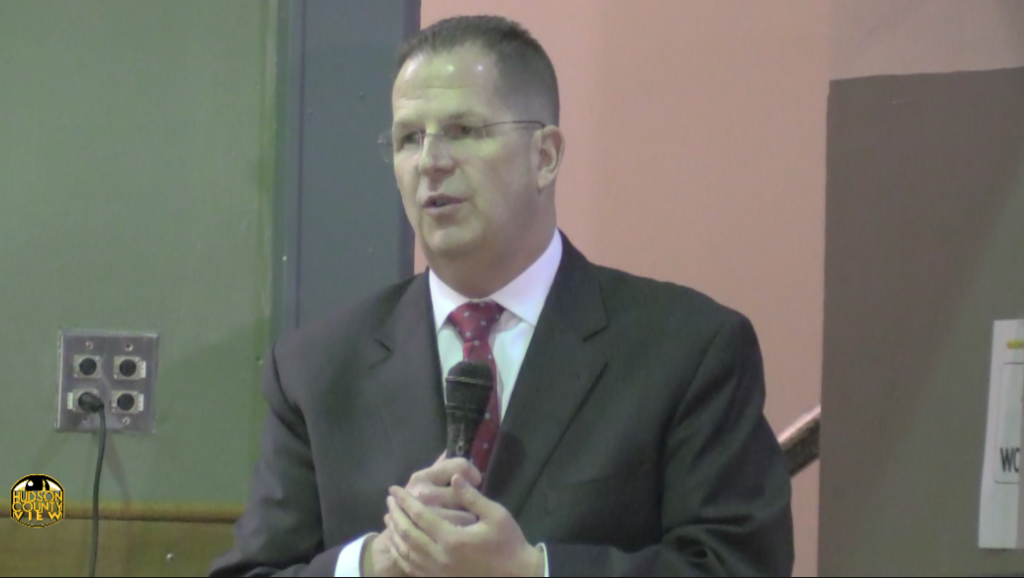 The lawsuit, filed by Deli Flores – through her attorney Mario Blanch – in Hudson County Superior Court on Monday, claims that the board of education has refused to consider her for full-time employment since she will not support Stack politically.

However, the most serious allegations in the court filing are made against Stack, who isn’t named as a defendant. Flores, though the suit, says he forced himself on her 13 years ago “at the conclusion of a religious service.”

“Mayor Brian P. Stack proceeded to grab the Pastor and pull attempted to kiss her, he also used his hands to feel her body, attempted to remove her underwear, touching her breasts and other parts of her female anatomy. As he pressed his body closer to her she felt his erect penis pushing up against her,” the suit claims.

The Record first reported on the suit this morning.

According to the filing, Flores screamed, kicked, slapped and scratched Stack to push off his advances, and eventually removed herself from the situation “after a considerable struggle.”

City spokeswoman Erin Knoedler said the allegations were so far fetched that the mayor himself would not dignify them with a response.

“The allegations against the Mayor in this complaint are beyond absurd and will not be dignified by a comment from Mayor Stack. We are certain the matter will be dismissed in court. Anyone who knows the Mayor knows that these allegations baseless and unbelievable,” she told HCV.

The two counts in the suit, alleging political retaliation and assault, largely circles around three incidents.

While seeking full-time employment as a teacher’s aide in 2015, she claims she was told “that the superintendent does not give out the jobs, he does, also noting that was was advised that “her calendar was going to change significantly” after posting negative commentary about Stack last November.

The other incident, which occurred just one week ago, was a Breast Cancer Awareness function being held by the Union City Board of Education where Stack’s significant other allegedly grabbed her by the arm and warned her to “be careful what she is doing.”

Flores is seeking compensatory and punitive damages, injunctive relief promoting her to a full-time employee, court costs, legal fees, and any other relief the court finds just and equitable.

Blanch declined to comment beyond what’s in the lawsuit.

Stack and Blanch have seldom gotten along politically, they were involved in a heated exchange in North Bergen four years ago on Election Day and they have never seemed to mend fences ever since.

Solomon: Jersey City residents should have rent relief ‘regardless of immigration...