The Trump Bay Street building in Jersey City was tagged with “F*** Trump” graffiti  following the chaos at Capital Hill yesterday, which Mayor Steven Fulop says was the wrong reaction. 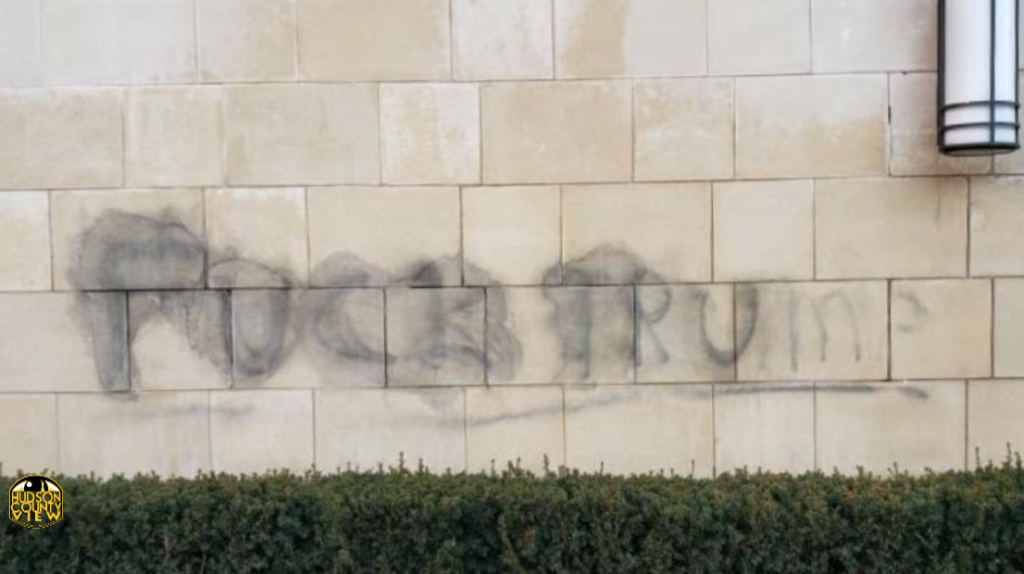 “Bottom line, this is a privately owned building that the president has zero ownership of and the only affiliation is his name which predated his presidency. It is unfortunate that someone would see graffiti as appropriate,” Fulop told HCV this afternoon.

” … The graffiti will be cleaned but now we will have to allocate resources here to make sure this doesn’t happen again and residents are safe.”

The police report from the incident indicates that a man dressed in all black and wearing a face mask spray painted the message on the building around 1:07 a.m. this morning before he headed east towards Greene Street.

Yesterday, pro-Trump supporters stormed the Capitol and delayed Congress’ certification of the electoral college by at least five hours.

This far, authorities have reported four deaths, three due to medical emergencies and one fatal shooting and 52 arrests in connection to the incident.

Despite what many viewed as a stunning turn of events, Fulop says vandalizing the building if effectively lowering yourself to Trump’s level.

“As disgusting as President Trump’s actions have been since the election, and even more disturbing in the last 24 hours, it doesn’t justify vandalism of property as that only sinks everyone to his level.”

The building was a joint venture by the KABR Group and Kushner Companies, the latter which was run by Jared Kushner, Trump’s son-in-law, before he became a senior advisor to the president in the White House.

The tower bears the outgoing president’s name through a licensing deal that was completed prior to Trump’s election in 2016.

Back in May, activists placed make shift “body bags” on display at the Bay Street building to protest the federal government’s COVID-19 response and call for more relief.