International Association of Theater and Stage Employees (IATSE) Local 59 workers are on strike at the Meadowlands Convention Center in Secaucus. 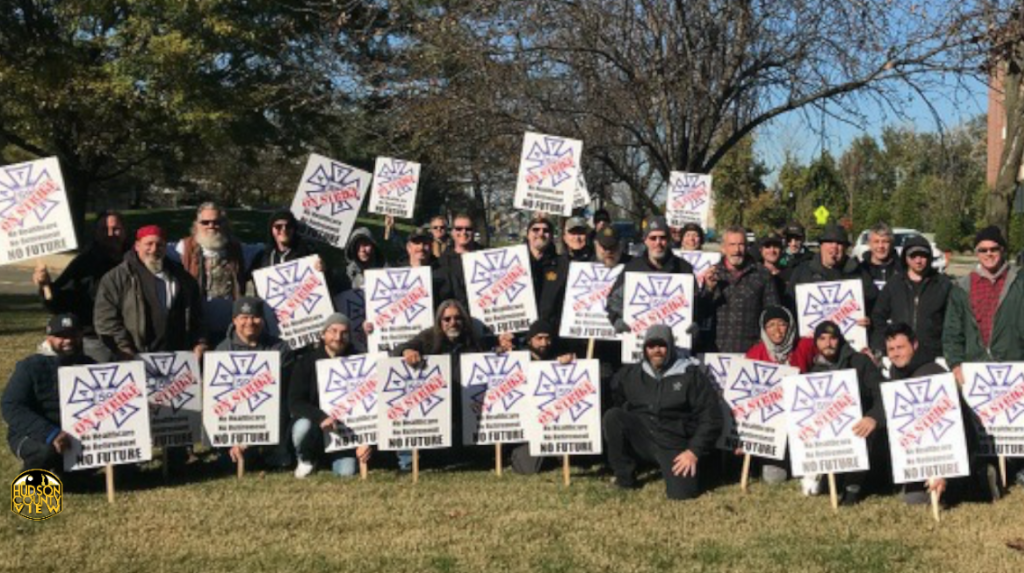 “They left us no alternative but to call a strike after repeated tries to hammer out a deal,” IATSE Local 59 President Greg R. Hancox told HCV.

They have had a contract at the Meadowlands convention center since 1992 and he also noted they have had a zero percent wage increase after a wage freeze in 2021 due to the COVID-19 pandemic.

“The trade show business is picking up dramatically in 2022 after all the cancellations, and they still refuse to share the wealth,” he exclaimed.

He said they make the same amount of money they did as in 2011, when IATSE accepted a cut in wages and benefits due to the economic recession.

“We have not progressed at all. We never got much in the three other contracts we signed since. We are not going to tolerate again being decimated when next year will be a banner year for them. They want to take advantage of us. They’re very nasty people,” Hancox asserted.

IATSE is asking for an increase in wages and health benefits, which was denied, and they also do not have pension or healthcare plans. There is also an ongoing effort to cut their overtime, Hancox said.

“The first chance they had, they went for our throats … The show must go on, and we’ve never missed one in all these years. This is not normal. This very abnormal.”

He noted that this area has a very high cost of living and said they were paid less than convention center workers in New York City and Philadelphia.

“We are paid per diem. They only pay our wage, or lack of wages, I should say, when they’re making money.”

He said the Meadowlands Exposition Center is 60,000 square feet with a maximum capacity of 3,000 people.

“They belittle us. They talk down to us. Nobody should be talked down to. That’s a major part of this whole situation. We demand dignity because we give it back … and we get nothing in return,” Hancox continued.

“Previous to the change in managers, we had a wonderful relationship that went on to bigger and better things.

While Hartz Mountain owns the building, it is managed by SMG Exposition Services. SMG could not be reached for comment.

IATSE began the strike on Wednesday during one of the center’s biggest shows. They have been picketing the last few days peacefully.

Hancox praised the Secaucus Police Department and Hudson County Sheriff’s Office deputies that have been at the strike site, noting they’ve been very friendly.

“They’ve definitely been great,” he said.

IATSE workers maintain rope rigs and decorate the floor of the Meadowlands Exposition Center with what’s needed, including putting down carpets, hangings, drapes, and building booths for exhibitors in part by driving forklifts.

The typically have up to 50 union workers participating in the set up and break down of  a show.

Union City has 34 cases of COVID-19, board of commissioners OK...