State Senator Sandra Cunningham (D-31) was arrested in Jersey City on a driving while intoxicated charge this morning after sideswiping two parked cars. 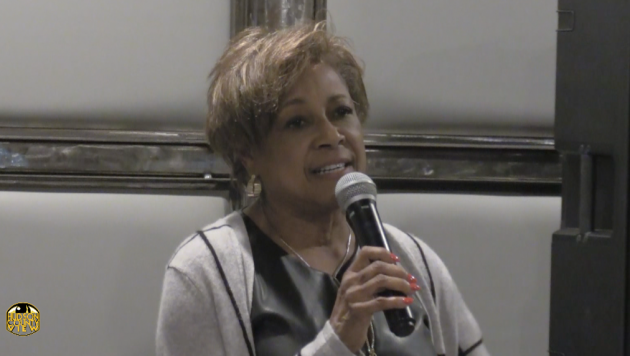 Sources who spoke under the condition of anonymity, since they weren’t authorized to speak on the matter, independently confirmed the arrest following a Jersey City Times tweet about the accident and an in-depth account by Real Garden State.

The same sources noted that the incident occurred around 9:30 a.m. and Cunningham denied being under the influence, instead explaining that a medical incident led to the crash.

According to a copy of the motor vehicle accident report, the accident occurred at 250 Culver Ave. and the deputy majority leader of the state Senate Democrats had a blood sample taken for an alcohol test.

“I was coming down the street when I was about to make a turn and instead turned into a snowbank,” she told police, despite sideswiping two legally parked cars, according to their report.

As a result, she was charged with driving while intoxicated and placed under arrest. Cunningham also failed a breathalyzer test and was charged with DWI near Liberty State Park back in 2005.

At an event in Union City Friday morning, Gov. Phil Murphy (D) declined to get into the particulars of Cunningham’s arrest yesterday, stating “no reaction other than she is in my prayers.”

Cunningham, a state senator since 2007, is seeking re-election in the June 8th primary election, though the Hudson County Democratic Organization hasn’t named their endorsements yet.

The 31st Legislative District was already in disarray this week after Bayonne Mayor Jimmy Davis told Assemblyman Nick Chiaravaloti he was kicking him off the party line without giving an explicit reason or naming a replacement yet.

Cunningham could not immediately be reached for comment on Thursday.

Jersey City BOE raises the minimum wage to $17 an hour...