State Senator (D-33)/Union City Mayor Brian Stack has begun dropping campaign literature in his legislative district trying to bolster support for U.S. Senator Bob Menendez (D-NJ), calling this race “one of the most important elections of our lifetimes.”Â 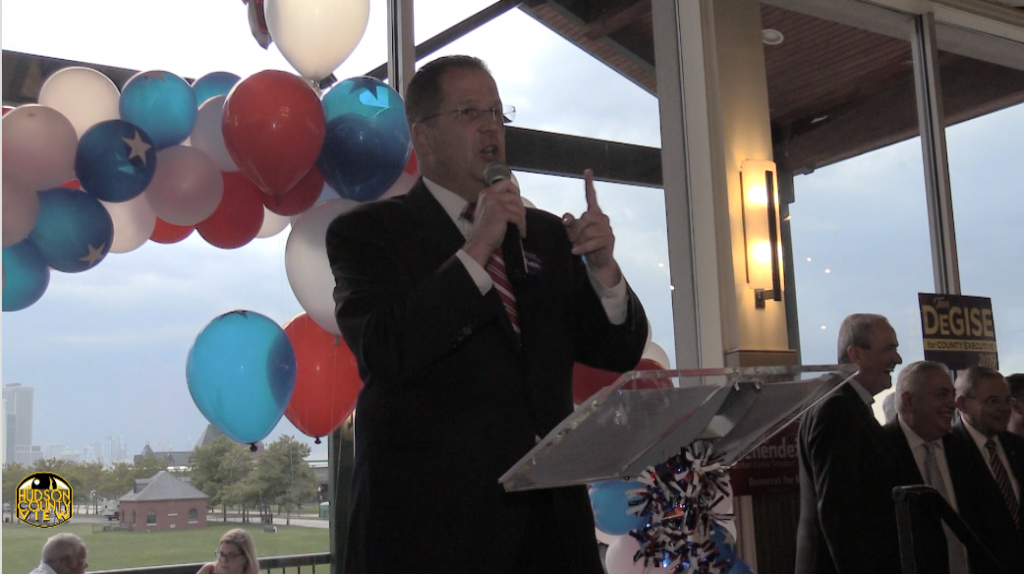 “I write this letter concerning the upcoming General Election, which will be held on Tuesday, November 6th, 2018 for United States Senator,” Stack wrote in a mailer that was being distributed in the 33rd Legislative District over the weekend.

“This election will be one of the most important elections of our lifetime because it could impact personal issues that are so important to us for years to come.”

Stack has been relatively quiet since being bested by Amy DeGise to become chair of the Hudson County Democratic Organization back in June, though he resurfaced last month as the annual fall gala for the HCDO – a de facto campaign rally for Menendez.

â€œWhen I sought the chairmanship, it was about producing a big vote and thereâ€™s no one that I want to produce a bigger vote for, and whose more deserving, than Senator Bob Menendez,” he said at the time.

Renowned across the state for his other worldly get out the vote operation, Menendez will need a robust voter turnout throughout Hudson County, especially on his home turf of Union City, if he is going to defeat well-funded Republican challenger Bob Hugin.

For months, Hugin has paid for ads blistering Menendez over his federal corruption trial last year that ended in a hung jury and has made the contest far closer than anyone could’ve predicted, given that the GOP hasn’t won a U.S. Senate seat in New Jersey since 1972.

In his campaign literature, which was paid for by the Menendez for Senate campaign, Stack acknowledged Hugin’s blitzkrieg-style offense and said that voters need to see past it.

“While Bob’s opposition may try and sling mud, it is important to focus on the commitment of Senator Menendez to Hudson County. Yes, Bob has made some mistakes like all human begins have, but no one can deny his dedicated work on behalf of New Jersey residents.”