After putting in years of leg work to garner favor with some of the top Democrats in the state, Jersey City Mayor Steven Fulop will announce later today that he will not run for governor after all, instead opting to back former U.S. Ambassador to Germany Phil Murphy, sources said. 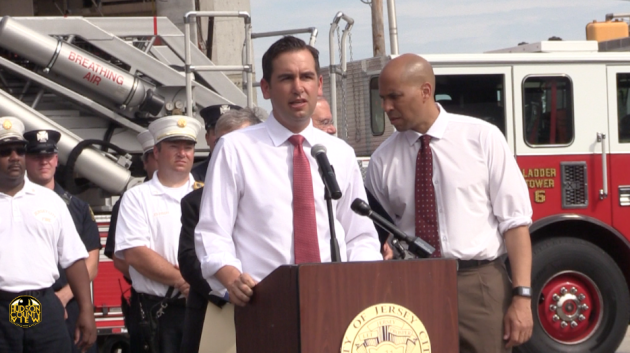 Fulop has a 2 p.m. press conference scheduled on the step of city hall regarding the 2017 municipal elections and multiple sources said the mayor will then back Murphy for governor, the only declared Democratic candidate.

The move would come as a major shock, given that the Murphy team filed an amended complaint with the New Jersey Election Law Enforcement Commission (NJ ELEC) earlier this month claiming that Fulop is using his mayoral account to run for governor.

When Hudson County View asked Fulop about the complaint, he was dismissive, claiming that Murphy had “a floundering, desperate” campaign.

Fulop is one of the many witnesses who will testify in the Bridgegate trial and has declined to give any details about what he will say on the stand.

The government hopes that Fulop’s testimony will help show a pattern of retaliation from Gov. Chris Christie’s office. Fulop reportedly received “radio silence” from the governor’s office and the Port Authority after he declined to endorse Christie in 2013.

As a councilman in 2012, Fulop worked for Foreign Auto Preparation Service (FAPS), a major processor of imported foreign vehicles owned by the Port Authority. He was not yet revealed his job title or duties for the position yet.

Over the summer, the big city mayor faced scrutiny related to a super PAC linked to his run for governor, Coalition for Progress, that had an essentially anonymous $1 million donation.

In July, Vivek Garipalli, the co-founder of CarePoint Health, revealed himself as the mystery donor.