Hudson County Executive Tom DeGise will retire at the end of his term and therefore won’t seek re-election next year, sources told HCV this afternoon. 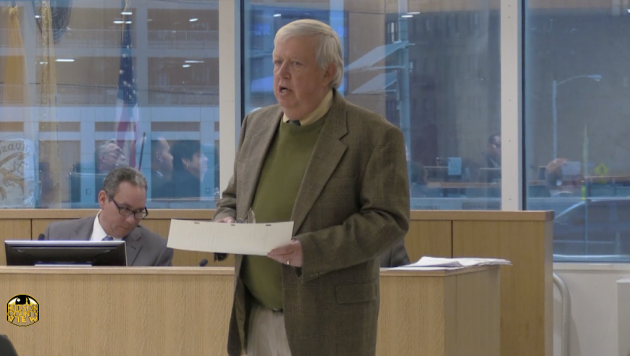 DeGise, first elected in 2002, is finishing out his sixth term in office and it had been assumed that he wouldn’t run again next year, with rumors of his chief of staff, Craig Guy, succeeding him circulating as early as February, as HCV first reported.

A former school teacher, DeGise became the candidate after Robert Janiszewski plead guilty to federal corruption charges in 2001, prompting a special election the next year.

He previously served as a Jersey City councilman and served as council president for eight years before losing a big for mayor against Glenn Cunningham in 2001 in a tightly contested bout.

DeGise was re-elected without opposition in 2019 after a civil war broke out among the county Democrats the year prior, culminating in his daughter, Amy DeGise, besting state Senator (D-33)/Union City Mayor Brian Stack in a bid for party chair.

While Jersey City Mayor Steven Fulop supported Stack’s bid, which came after they both told DeGise they wanted a new county executive, he helped negotiate some party unity by adding Amy DeGise to his ticket for an at-large seat, which she won last November.

Amy DeGise is under fire for a July 19th hit-and-run that has received international media attention and today was the first caucus meeting since the incident occurred, which she attended without commenting on any agenda items.

Through a spokesman, she has said she has no plans on resigning from her elected seat, despite intense scrutiny of her driving record and non-payment of bills coming out since then.