The Hoboken Housing Authority approved a $700,000 lawsuit settlement for Carmelo Garcia, a former executive director of the agency, at last month’s meeting as both parties wait for approval from the U.S. Department of Housing and Urban Development (HUD).Â The HHA approved the agreement at their November 9th meeting, two days after the hotly contested municipal elections where Councilman-at-Large Ravi Bhalla was elected as mayor.

“This is a resolution approving the settlement in the mater entitled Garcia versus the Hoboken Housing Authority in accordance with terms set forth in an appropriate agreement subject to approval by HUD and adequate funding from the carrier,” according to a transcript from the meeting.

The measure passed by a vote of 4-0(2), with Commissioners Barbara Reyes and LaTrenda Ross abstaining, while Commissioner Judy Burrell was absent.

Back in May 2016, Garcia and the HHA filed dueling lawsuits against each other, with the former state Assemblyman alleging he was fired for not advancing Mayor Dawn Zimmer’s political agenda.

The HHA countered that Garcia violated HUD guidelines by being the only person responsible for approving or denying procurement contracts, also claiming that at least four contractors that violated the procurement policy contributed to Garcia’s Assembly campaign.

According to public court records, the City of Hoboken and Mello were dismissed from the suit on June 19th of this year.

Garcia also named Jake Stuiver and Dana Wefer, two former board chairs, in the suit, the latter of which led the charge to have himÂ fired in August 2014.

His termination came to fruition after a protest and a tumultuous HHA meeting, which requited a hefty police presence, hosted at City Hall.

The suit was the third of its kind filed by Garcia, who received national attention in 2013 when he filed the first version of his wrongful termination suit, initially claiming that the Zimmer administration engaged in “ethnic cleansing” by ridding the city of minority leaders.

That suit was dismissed without prejudice in December 2013.

The political saga that was built around the lawsuit arguably hit a crescendo in October 2015, 11 days prior to municipal elections where Garcia was seeking the 6th Ward council seat,Â after dozens of emails between Grossbard and members of the HHA board were leaked to the press.

As Hudson County View reported, Grossbard advised then-HHA Chairman Stuiver to threaten to terminate Garcia to help negotiate a new procurement policy in a March 7th, 2013 email exchange, but he did not heed the advice and Garcia remained the HHA executive director for another 17 months.

“I think the parties made an intelligent decision to resolve their differences in this matter,” Louis Zayas, Garcia’s attorney in the case, said over the phone.

While Zayas declined to say the amount the case settled for, three sources, who spoke under the condition of anonymity since they were not authorized to speak on the matter, confirmed the $700,000 figure with Hudson County View.

Since the city had previously been dismissed from the suit, the housing authority will be responsible for paying out the entirety of the settlement.

Although they were sued personally, Zimmer and Grossbard will also not be paying into the settlement, sources said.

This isn’t the first time Zayas has reached a six-figure settlement for a Hoboken client.

Back in February 2015, the Hoboken City Council approved a $700,000 agreementÂ for ex-Public Safety Director Angel Alicea.

A Hudson County Superior Court jury awarded Alicea just over a million dollars on December 18th, 2013, but the city appealed the decision.

Not everyone involved in the case appears to be thrilled with the HHA board’s recent decision, as Wefer, who has recently moved to Bergen County, called the move “a travesty.”

“This is a travesty for the residents of the housing authority, who have been victimized by Carmelo Garcia twice now. The civic justice system and public insurance system are broke and in need of serious reform,” she told Hudson County View in a text message.

All the other parties named in the suit did not return multiple inquiries seeking comment, while a HUD spokeswoman did not immediately return an email seeking comment. 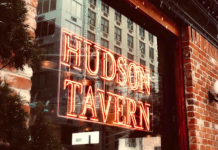