With mailers for the 2020 U.S. Census set to go out next week, the county is working to coordinate with elected officials and local leaders to get the word out to residents: please participate in the census. 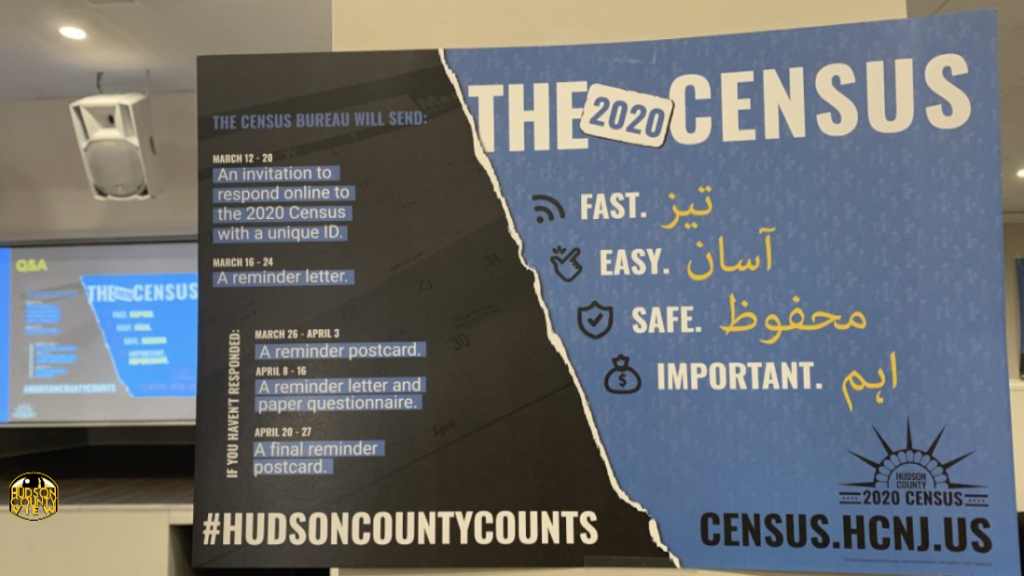 On Wednesday, officials with the county held a unique training event at the Boulevard in North Bergen for local community leaders, as well as government and elected officials, in order to “to ensure every resident is counted in the federal census.”

Conducted every 10 years, the census most basically determines the population of the country through census tracts, or geographic areas that represent specific population data for that area.

That data then goes a very long way in how the federal and state governments operate.

The data, for one, determines how many seats the state gets in the U.S. House of Representatives — as well as how the state government’s congressional district map will be redrawn.

Additionally, the data determines how more than $600 billion in federal funding is distributed, “a reason that we think can really help relate to the community, because it’s tied to dollars,” said Francesca Giarratana, head of the county’s division of planning.

“The estimate of federal funding that’s associated with one person is $2,000. And there’s a list of programs that this affects. That’s really where it ends up affecting communities.”

The data effects dozens of federal programs, and is tied to local education funding; benefits such as food stamps and SNAP benefits; health care programs like Medicare and Medicaid; housing programs like Community Development Block Grants and Section 8 vouchers; and much more.

A number of public officials and local organizers attended the meeting, getting a briefing on how to most effectively get the word out and get the most comprehensive count in the county’s 12 municipalities.

The event was held through the help of a $465,000 state grant given to Hudson County last year – part of an initiative by the state government to get a better count of populations that have been historically hard to reach.

These include children under the age of 5, and transient populations, such as individuals who may live in an apartment for a part of the year.

In Bayonne, a boom of new residential development has created a “good problem to have,” said city spokesman Joe Ryan: making sure all of these new residents are counted, which rings true throughout Hudson County.

Hudson County was the fastest growing county in the state, based on the 2010 census, and it is widely assumed that Jersey City will replace Newark as the largest city in the state as a result of this year’s data.

The county, meanwhile, ranks in the top 10 of most densely populated counties in the nation.

“As a community that is the third most densely populated in the nation, this is of obviously important,” said West New York Mayor Gabriel Rodriguez.

“The more people we are able to count, the better we can translate that to our local governments, to our county, state and federal governments so that they can better understand how many people we are serving, how much funding should go towards our community, so that we have more to offer as public servants.”

“You can’t organize a party without knowing how many people are going to come,” he added.

On the other end of the spectrum, this year’s census comes with added anxiety, as the national discussion over non-citizens has become a polarizing topic.

President Donald Trump’s (R) administration dropped plans to add a citizenship question to the census in July after the U.S. Supreme Court opined against it. Still, that has not calmed anxiety over how census data could be used.

“That’s our biggest challenge: alleviating people’s fear,” Giarratana said. “What we can do on our end is to educate more people in our community.”

For organizers, the best part of this year’s census is that it can be filled out online.

Letters with a unique ID number (tied to household units, not individuals) will be sent on March 12. The process typically goes through late May to June, officials said.

Using that unique ID number, individuals will be able to fill census forms out online.

More information on the census can be found on the U.S. Census Bureau’s website.