Jersey City Ward E Councilman James Solomon has unveiled his four-point education plan that includes a vaccine mandate for board of education employees without the option to be tested as well. 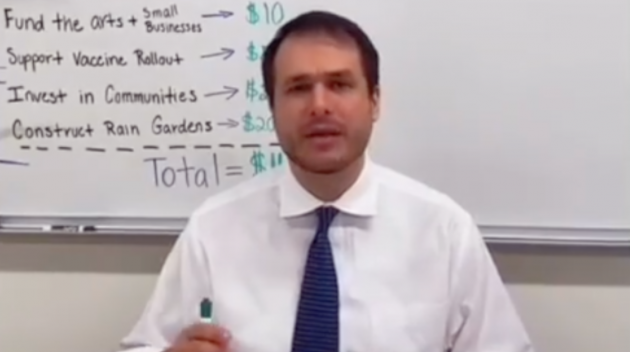 “As a former educator and soon-to-be public school parent, I get how important it is that downtown families have access to the high-quality education that is vital for the success of our students,” Solomon said in a statement.

“As a parent who juggled childcare and work along with my spouse throughout the pandemic, I know how stressful and uncertain this last school year was for so many Jersey City parents, which is why my plan is simple: keep schools open, build new ones, and make sure they are high quality.”

He says that in order to achieve these goals, Jersey City must require vaccinations for all teachers and staff in their public schools, offering “an array of incentives,” along with “an aggressive education campaign,” to continue to get students inoculated.

Jersey City recently did a “vaccine contest” amongst their high schools, which was won by Dickinson and McNair Academic High Schools – making their students eligible for free Summer Jam tickets.

Solomon had encouraged municipal and school vaccine mandates earlier this month, prior to Gov. Phil Murphy (D) announcing a teacher vaccine mandate yesterday where they also have the option to get tested once or twice a week, effective October 18th.

Additionally, Solomon says Downtown needs to see the construction of two new elementary schools in the next four years, suggesting 1st and Manila Avenue and the Lackawana neighborhood north of the Holland Tunnel as the two locations.

“A new school in that area will reduce overcrowding at Cordero, and ensure students do not have to cross the Holland Tunnel access lanes on their way to school. In total, we will add more than 1,000 elementary school seats downtown in the next four years,” he explained.

As far as school funding, while Solomon continues to push for revenue sharing for tax-abated properties, he also proposes “a deed recordation tax.”

Based out of Washington D.C., this concept would tax real estate speculators that either flip land or that let land sit vacant.

“The tax would assess all vacant lots at their full value as if they had construction on them. This tax would encourage property owners to maintain and improve their lots instead of letting them sit in disrepair,” he added.

Finally, Solomon asserts that the BOE need to meet quarterly with the city council, providing an annual report on how city tax dollars are spent, with the council reciprocating by providing a report on how tax abatements impact school funding.

Joint meetings between the council and BOE began in April in continued in May but another one has not occurred since then.

Solomon is seeking re-election in the non-partisan November 2nd municipal elections and will face a challenge in Jersey City Chief Municipal Prosecutor Jake Hudnut, who is running on Mayor Steven Fulop’s ticket.