Hudson County Sheriff’s Office Det. Mark Borchert announced his intentions to run against his boss, Sheriff Frank Schillari, in the 2016 election during an interview with Hudson County View.

“I want to be the one to lead the sheriff’s department, to stand behind their men, put policies and procedures together and have a proactive department. Right now, we have a reactive department,” Borchert said when asked why he wanted to run for Hudson County Sheriff.

He explained that one example of being proactive from the perspective of the sheriff would be to send officers to Hoboken on Friday and Saturday nights to assist the local police officers when the bars close.

A 23-year veteran of the department who has received their Medal of Honor, Borchert also called for more patrols on county roads and another police radio in patrol cars to keep officers more in tune with the municipality they are assigned to on any given shift.

Borchert, who also has a pending federal lawsuit alleging Schillari demoted him as a form of retaliation, told Hudson County View that â€œone has nothing to do with the otherâ€ when asked if that played a factor in announcing his candidacy.

Mike Makarski, Schillariâ€™s campaign manager, said the current sheriffâ€™s reforms on patrol and overtime are two examples of how he has turned the department around.

â€œSince being elected, Frank Schillari has revolutionized the Hudson County Sheriffâ€™s Office. He implemented the first ever 24/7 patrol program that provides round-the-clock protection with substantial reductions in overtime that saved taxpayer dollars,” he said in an email

“Under his leadership, the Sheriffâ€™s Office has teamed up with local municipalities to better patrol and protect our residents, roads and parks.Â With the continued support of all the Mayors and political leaders of Hudson County, Sheriff Schillari is looking forward to a successful re-election campaign.â€

The 2016 Democratic primary is scheduled for Tuesday, June 7. 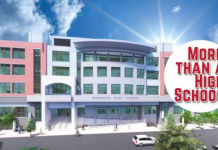