One month after a judge denied moving his trial to Washington, D.C., the attorneys representing U.S. Sen. Bob Menendez (D-NJ) have asked for the federal corruption charges against him to be dismissed based on a special clause in the constitution – also accusing an FBI agent of giving false statements.Â 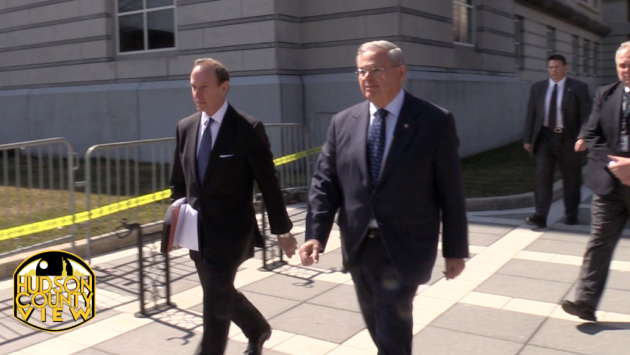 Menendez, who was indicted on charges that included bribery and honest services fraud on April 1, argues through his attorneys – Abbe Lowell andÂ Jenny Kramer, both of Chadbourne Parke LLP – that he is protected by the Speech or Debate Clause.

Specifically, they tell U.S. District Judge William H. Walls that a federal legislator like Menendez cannot be prosecuted for the crimes named in his indictment since the Speech or Debate Clause provides immunity to Â officials actions which are related to their job.

” … Absolute immunity provides members of each [legislative] branch with the necessary independence to do their jobs without fear that taking official acts that stoke the displeasure of those in rival branches could result in civil or criminal liability,” the over 400-page court filing says.

An excerpt from the Speech or Debate Clause states:

… shall in all Cases, except Treason, Felony and Breach of the Peace, be privileged from Arrest during their attendance at the Session of their Respective Houses, and in going to and from the same; and for any Speech or Debate in either House, they shall not be questioned in any other Place.

Furthermore, Menendez’s legal team accuses the U.S. Department of Justice of various instances of misconduct, including improperly charging the federal grand jury and intimidating witnesses – even accusing an FBI agent of lying when being questioned by a top prosecutor in the case.

The scenario in question sounds similar to an August 2012 meeting previously detailed by POLITICO: with the justice department alleging that Menendez met with then-U.S. Secretary of Health and Human Services Kathleen Sebelius to try to erase a multi-million Medicare dispute with Florida ophthalmologist Salomon Melgen.

The charges against Menendez center around him allegedly using his influence to benefit his longtime friend/political donor.

However, based on the court filing, both Sebelius and then-Administrator for the Centers for Medicare and Medicaid Services, Marilyn Tavenner, said they could not recall if Menendez ever mentioned Melgen.

Meanwhile, the FBI agent told prosecutor Peter Koski that it was obvious Menendez met with these officials to advocate for Melgen.

Portions of the voluminous court filing can be found here: