One day after the Wall Street Journal reported that U.S. Sen. Robert Menendez (D-NJ) could be indicted on criminal corruption charges as early as this week, the former Union City mayor again denied any wrongdoing at a press conference earlier today, according to Politicker NJ.Â 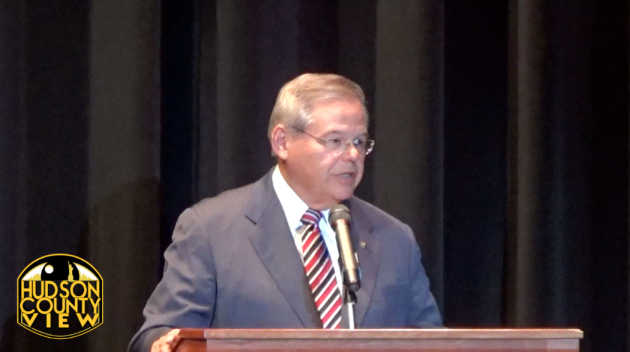 Following an event in Garwood where Menendez announced his plans to introduce the America Star Act, which would encourage companies to make products in American and hire American-born workers, the senator inevitably had to answer questions about his relationship with friend/political donor Salomon Melgen.

â€œIâ€™ll say the same thing I said two weeks ago when there was a different press report, and that is that I have always acted appropriately and legally,â€ Politicker NJ quoted Menendez.

Menendez has reportedly been under investigation by the U.S. Department of Justice for at least the past two years over whether or not he used his influence to try and benefit Melgen, a Florida ophthalmologist.

Menendez also reiterated his position from earlier in the month (h/t Politico) that leaking criminal charges to the press is illegal, and therefore should be investigated.

â€œLeaks are in violation of the law. All of us who care justice and the law, should be concerned about where those leaks come from, even if you are the press and you take advantage of the leaks,â€ Menendez reportedly said today.

A well-known ally of the Hudson County Democratic Organization, Menendez attended the 34th annual Bayonne St. Patrick’s Day parade yesterday and was said to be in good spirits throughout the day.