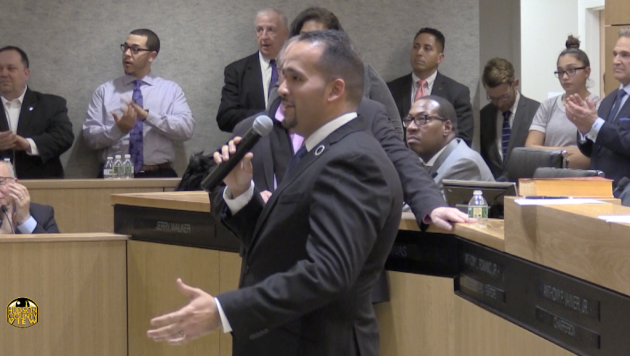 Yraid Aponte-Lipski, the wife of former Jersey City councilman and current ward leader Steve Lipski, has been pegged to run on the party line in June instead of Torres, the Globe wrote.

Torres, was elected in November 2017, the same year he was elected as president of the Jersey City Board of Education.

He succeeded E. Junior Maldonado, who left his freeholder seat to become the Hudson County Clerk.

Torres also did not return requests for comment on Friday.