In light of a bombshell report from Semafor that revealed U.S. Senator Menendez is under his third public federal investigation in the past three decades, a political director at Rider University says the situation could unfold to be dire. 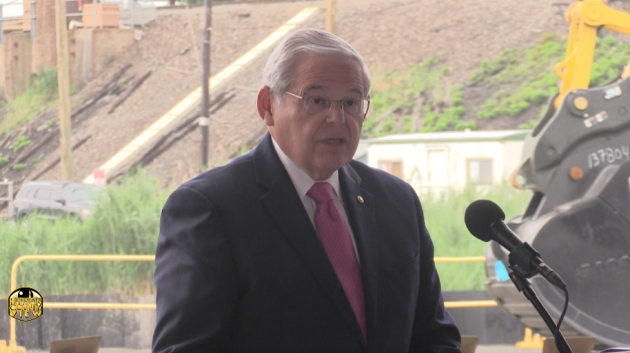 “I am certainly not ready to write Bob Menendez’s political obituary yet, for two important reasons: first, we have no idea what the federal investigation is all about or how far it will go, and second, he has proven himself to be one of the more resilient figures in modern New Jersey politics,” said Rebovich Institute of New Jersey Politics Director Micah Rasmussen.

“Having said that, you’d need to imagine that the capacity of New Jersey voters to look beyond the recurrent smoke is not infinite. The impact may be cumulative, and at some point, voters will have had enough. If and when that happens, the damage could well extend beyond Senator Menendez himself and to a party that has never wavered in its support for him, even as we understand much of that has been motivated by fear of retribution.”

The New York Times later confirmed that Fort Lee lawyer Antranig “Andy” Aslanian, Jr. had met with federal prosecutors from the Southern District about two-and-half months ago and asked about a company authorized to certify halal meat for export.

Menendez pleaded not guilty to corruption charges related to friend and donor Salomon Melgen paying for private jet flights and vacations in exchange for the senator’s help with government favors back in April 2015 and ended in a hung jury in November 2017.

While Menendez, a former Union City mayor has not been the chair of the Hudson County Democratic Organization since the early 2000s, he still has significant sway in his home turf, evidenced by the fact that his son, Rob Menendez, is succeeding U.S. Rep. Albio Sires in the 8th District.

Rasmussen added that he doesn’t think the new case will have an immediate local impact, for example the junior Menendez will still be the sure fire winner on November 8th, but the long term is likely a different story.

“But it’s important to note that by any account, we are not yet at such a point, and for now, we are still talking about someone who managed to win reelection handily in the same year he faced down criminal charges,” he explained.

“So for the moment, and at least until we know more, I would be skeptical of any adverse impacts for the campaign of Rob Menendez or other Democrats.”

Jersey City Mayor Steven Fulop, a potential 2025 gubernatorial contender, has had an icy relationship with Menendez, Sr. over the possibility that he was considering making a move on his Senate seat prior to the hung jury.

“To those who were digging my political grave so they could jump into my seat, I know who you are and I won’t forget you,” the senator infamously said after his trial ended.

While they likely didn’t exchange Christmas cards, Fulop appeared to offer an olive branching by joining the HCDO in endorsing Rob Menendez for Congress at the end of December.

LETTER: ‘Animal control battle is far from over’ in Bayonne, resident...