Poll: Should the feds investigate a practically anonymous $1 million donation to a super PAC linked to Jersey City Mayor Steven Fulop’s potential run for governor in 2017? 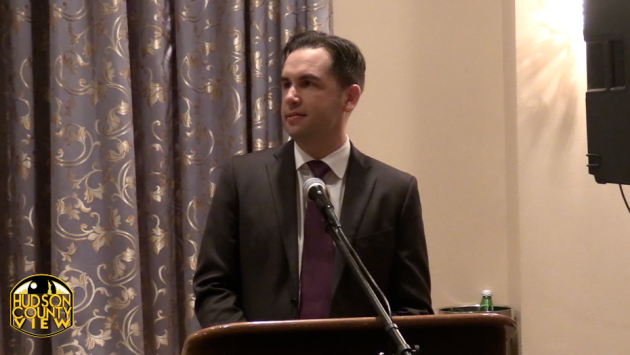 A Washington D.C.-based nonpartisan watchdog group, the Citizens for Responsibility and Ethics in Washington (CREW), is calling for the feds to investigate a $1 million contribution made to the Coalition for Progress, which has been previously linked to Fulop.

In a press release issued yesterday, CREW Executive Director Noah Bookbinder said “if the FEC [Federal Election Commission] fails to act here, we may find ourselves in dangerous territory.”

â€œIt would be open season for illegal donations to be funneled through bogus companies to get around election law.â€

DE First Holdings, a Wilmington, D.E.-based company, was founded on December 23, 2015 and made a $1 million donation to the Coalition for Progress super PAC the very next day – to the dismay of at least one local good government group.

In CREW’s 37-page complaint (though 29 of the pages are exhibits), they argue that “Mr. Bookbinder is harmed when an individual, candidate, political committee, or other entity fails to report campaign finance activity as required by FECA.”

More specifically, CREW argues, “DE First Holdings did not generate sufficient income in the one day between its formation and the date on which it contributed $1,000,000 to Coalition for Progress to account for the contribution.”

“DE First Holdings does not appear to conduct any business, and it does not have a presence on the Internet. Rather, it appears an Unknown Respondent (or Respondents) provided the $1,000,000 to DE First Holdings to make the Contribution to Coalition for Progress.”

Coalition for Progress President Bari J. Mattes says based upon counsel, the super PAC is “fully compliant with all applicable regulations and the law.”

“Coalition for Progress has engaged one of the top law firms in Washington, D.C. with respect to campaign finance matters,” she said in an email sent this evening.

“Our counsel, sometimes working with counsel for the donor (as in the case you specifically have asked about), assures that we have undertaken best efforts to be in full compliance with donor regulations. I am confident we are fully compliant with all applicable regulations and the law, as per our counsel and the counsel of donors.”