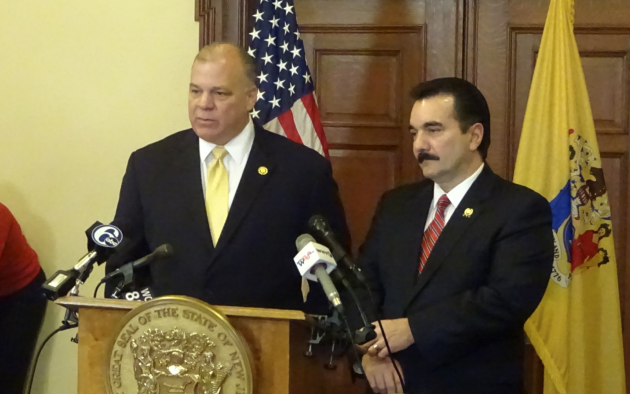 Prieto and Senate President Sweeney said at a press conference on Friday that they would propose legislation to raise the minimum wage to $10.10, with annual increases implemented to eventually get the minimum wage up to $15 an hour.

“New Jersey workers deserve to be paid a living wage that enables them to support themselves and their families with the basic necessities,â€ Sweeney said in a statement.

â€œItâ€™s a matter of economic fairness and human dignity. No one who works a full-time job should be living in poverty, especially at a time when so much of the nationâ€™s wealth flows up to the richest one percent.â€

â€œIâ€™m pleased weâ€™ve been able to reach an agreement on how to move forward on this issue because this will be one of the most critical things we do this year,â€ Prieto said.

â€œWeâ€™ve all seen the statistics. Our poverty rate is the highest itâ€™s been in decades, with roughly 800,000 children alone living in poverty right now. The greatest thing we can do for working families is to give them the opportunity to earn a livable wage, one that can help pull them out of poverty and rebuild the middle class.â€

Along with Assemblyman John Wisniewski (D-19), the deputy speaker, Prieto announced earlier this month that such legislation was on it’s way in the state Assembly – with state Senator Ray Lesniak (D-20) stating he would introduce a related bill in the Senate.

The minimum wage was raised to $8.25 per hour in 2013 via a constitutional amendment that was sponsored by Sweeney.