West New York Mayor Felix Roque allegedly arrived on the scene of a traffic stop in North Bergen this morning after a Newark municipal vehicle was pulled over for hanging campaign signs – in violation of local municipal code, authorities said. 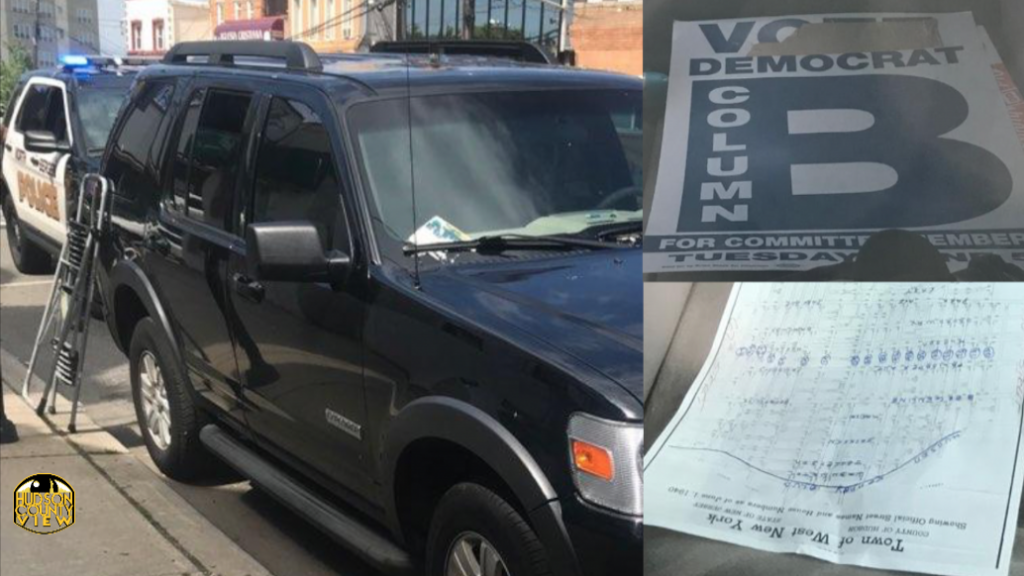 Upon arrival at the intersection of 60th Street and John F. Kennedy Boulevard, authorities approached four men: Jalil Simpson, of Newark, as well as Corey Bell, Amos Crudup and Stayon Cambridge – all of East Orange.

Simpson and Bell said they posted 12 signs, but were unknowingly on the North Bergen side of the street. Meanwhile, Crudup and Cambridge were posting signs on the West New York side, officials said.

Crudup voluntarily said the SUV he was driving was a municipal vehicle. As a result, North Bergen Desk Sgt. Nick Galliano contacted the City of Newark and spoke to their police  department regarding the SUV.

Additionally, the Essex County Prosecutor’s Office was contacted in regard to the incident, police said.

Simpson and Bell were issued summons for violating the North Bergen sign ordinance violation and Simpson was arrested for an active warrant out of Irvington, authorities said.

Simpson told police that he was being paid by Mayor Felix Roque’s campaign manager, Pablo Fonseca, to hang the signs, officials said.

Also according to police, the other three men were released and Crudup voluntarily offered to remove the signs placed on the North Bergen side of the street.

According to this 2014 report by The Star-Ledger, Crudup and Fonseca have known each other since 1997.

Roque arrived on the scene shortly after the traffic stop occurred, but he stayed on the West New York side of the street and did not interfere with the investigation, authorities said.

Commissioner Cosmo Cirillo, who is one of several officials backing the Column A ticket against Roque’s Column B, expressed disappointment regarding the situation.

“Using municipal government vehicles from Newark to campaign here in West New York is absolutely outrageous and Mayor Roque should be ashamed of himself for allowing this. We are calling for a full investigation into this blatant misuse of taxpayer resources for political purposes,” Cirillo said in a statement.

“This is just another reason why it’s so important for West New York to vote for the Column A team today: to stop this kind of corruption.”

The Hudson County Prosecutor’s Office and the Newark Police Department are already investigating the incident, according to Lyons.

Fonseca did not immediately return a call seeking comment.

Menendez goes hard at Sanders over Castro comments, doubles down on open primary