A Jersey City Nicholas Copernicus Elementary School employee has been suspended, pending further investigation, after getting arrested yesterday, according to a school district official. 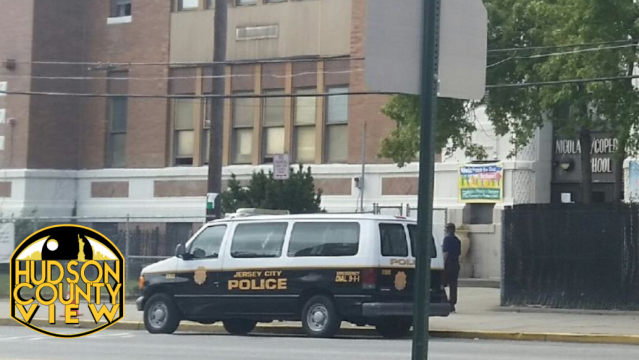 Mary Ann Dickar, the chief of staff for Jersey City Superintendent of Schools Marcia Lyles, confirmed with Hudson County View this afternoon that a male Public School No. 25 employee was suspended after getting arrested.

Dickar declined to comment further on the arrest, since it is a personnel matter.

The above photo was sent to Hudson County View by an anonymous reader yesterday when Jersey City police were outside the school, which is located at 3385 John F. Kennedy Boulevard. We did not receive the photo until after the police had left the premises.

Sources from within the school district said that the employee arrested was not a teacher, adding that they were unaware of what the investigation is about.