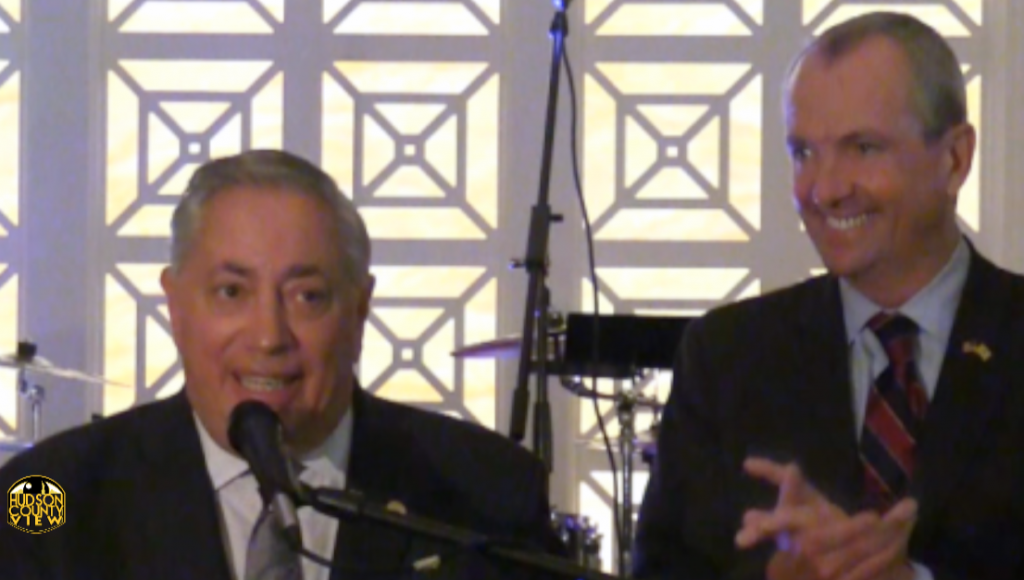 “ … I am particularly troubled by the notion that this bill would eliminate mandatory prison time for elected officials who abuse their office for their own benefit, such as those who take bribes,” Murphy said in his conditional veto statement.

“ … I cannot sign a bill into law that would undermine that premise and further erode our residents’ trust in our democratic form of government, particularly after four years of a presidential administration whose corruption was as pervasive as it was brazen.”

The current minimum prison sentence for an official misconduct conviction in New Jersey is five years.

Murphy had to act on bill S-3456 by 12 noon today after the state Assembly cleared the bill on March 1st.

Sacco sponsored an amendment in the summer which added official misconduct to the legislation, which initially focused on crimes related to drug offenses and burglary, and the governor was quick to indicate he didn’t support the change.

The state senator said this afternoon that he is “extremely disappointed” with the governor’s actions, claiming they could also put $20 billion in federal funding in jeopardy – referring to a Biden campaign pledge to create a competitive grant program to accelerate criminal justice reform.

The grant program has not been established by the White House yet.

” … I am extremely disappointed in Governor Murphy’s actions, which not only fail to fully address racial disparities in our criminal justice system but also jeopardize eligibility for $20 billion in potential federal funding during a time when our state is still reeling from the pandemic,” Sacco said in a statement.

“New Jersey is lagging behind the rest of the nation in criminal justice reform, as evidenced by the fact that 48 other states do not impose mandatory minimums for official misconduct and similar offenses, which New Jersey will still do despite the directive from the Attorney General which may not even pass legal muster. This fight for justice is not over and I will be working with my Senate and Assembly colleagues and advocates to remove mandatory minimums for all nonviolent offenses by supporting newly filed legislation.”

Sacco continued that Murphy and Grewal “should be held accountable” for going around the legislature “and denying justice to people facing unjust prosecutions.”

“It’s been nearly two years since I first joined with all 21 of our state’s County Prosecutors to call for an end to mandatory minimum sentences for non-violent drug crimes,” Grewal said in his own statement.

“It’s been more than a year since the Governor’s bipartisan commission made the same recommendation. And yet New Jerseyans still remain behind bars for unnecessarily long drug sentences. This outdated policy is hurting our residents, and it’s disproportionately affecting our young men of color. We can wait no longer. It’s time to act.”

The directive also allows prosecutors to continue to seek discretionary periods of parole ineligibility and incorporate them into plea agreements where appropriate.

Similarly, it also allows prosecutors to seek the continued incarceration of inmates who present a significant public safety risk, as well as to retroactively modify the sentences of individuals currently incarcerated under mandatory minimum terms.

“As our nation watches to see if Derek Chauvin will be held accountable, New Jersey cannot weaken the laws that prohibit law enforcement officers from abusing their position of authority.”

About 20 different advocacy groups had asked Murphy to sign the bill as is to prevent it from heading back to the legislature.

One of them, New Jersey Together, indicated that this could still be a step in the right direction.

“We look forward to reading the details of this proposal. Ending mandatory minimum sentences for non-violent drug crimes prospectively and for those currently incarcerated will be a huge step in the right direction,” said Revs. Dr. Williard Ashley and Dr. Alonzo Perry.

“Now, the work should begin with the governor and the legislature to make this permanent and end mandatory minimum sentencing as a whole.”

Bayonne mayor: ‘We have flattened out the curve,’ but social distancing...

Bayonne BOE candidate Sebik discusses the need for efficiency on the...