Gov. Phil Murphy (D) and a significant portion of the Hudson County Democratic Organization came out strong for state Senator (D-32)/North Bergen Mayor Nick Sacco yesterday as the filing deadline for the May 14th municipal elections near. 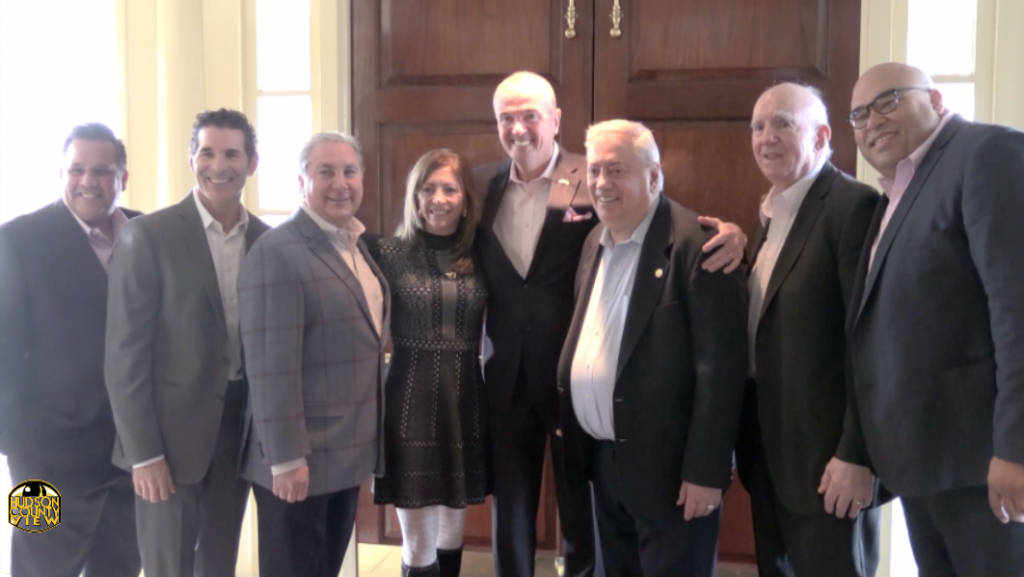 Sacco hosted his annual brunch at the Stony Hill Inn in Hackensack, where he and the board of commissioners, along with Freeholder Chair Anthony Vainieri (D-8), were eager to greet the governor at the door.

Murphy was happy to shake hands and take pictures a midst a crowd of around 500 people who didn’t mind making the drive up Route 80 to support Sacco – who is seeking his eighth term as mayor in May.

He is expected to face another full throated challenge from businessman Larry Wainstein, who headed a slate who came up short in 2015.

However, the perennial political adversary of Sacco has been uncharacteristically low key as insiders anxiously await him to announce his ticket.

The announcement must be forthcoming, as 350 valid petitions for nomination are due at the North Bergen Clerk’s Office at 4 p.m. next Monday, March 11th.

Police: Everyone safe after High Tech placed on lockdown due to...