Gov. Phil Murphy declined to comment on a Jersey Journal editorial asking voters to sit out the November 2nd gubernatorial race at an unrelated event this morning. 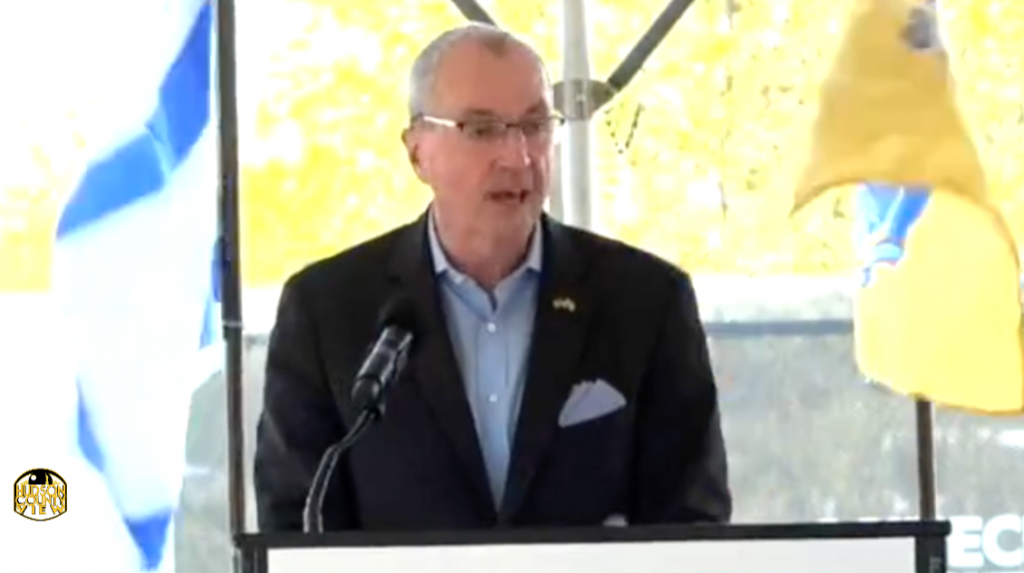 “I’m good sir,” Murphy said as HCV attempted to ask about the editorial after a SciTech Scity groundbreaking this morning.

There was no formal question and answer session at the event and Murphy left shortly after he put shovels in the dirt with local officials.

In a rarely seen turn of events, Hudson County’s newspaper of record told residents not to case a vote in the gubernatorial contest.

They said Republican nominee Jack Ciattarelli’s positions are too extreme and that Murphy needs to be held accountable for not taking a stance on the Liberty State Park Protection Act.

“His silence speaks volumes. It says his billionaire pal Paul Fireman, who has tried to sink the act so he can get his hands on a piece of the park for an expansion of his Liberty National Golf Club, is more important to him than the 725,000 residents of Hudson County and the park’s 4 million annual visitors,” they wrote.

” … Statistically, Murphy’s calculus that he doesn’t need to be responsive to Hudson County while still being able to win another term is probably sound math … So, we trust Murphy’s math, and suggest Hudson voters ignore the governor’s race in the same way he’s ignoring the Liberty State Park Protection Act and our best interests. He will almost certainly win a second term in Drumthwacket, but we don’t have to help.”

The editorial board continued that they could “never” endorse Ciattarelli since he has called to end school mask mandates, loosen some state gun restrictions, and cut funding for Planned Parenthood.

A poll conducted by Emerson College and Pix 11 has Murphy leading six points, while a Schoen Cooperfield poll published by the New Jersey Globe has the incumbent ahead by four points.

Wintner says she’ll be ‘fair and judicious’ if elected to Jersey...