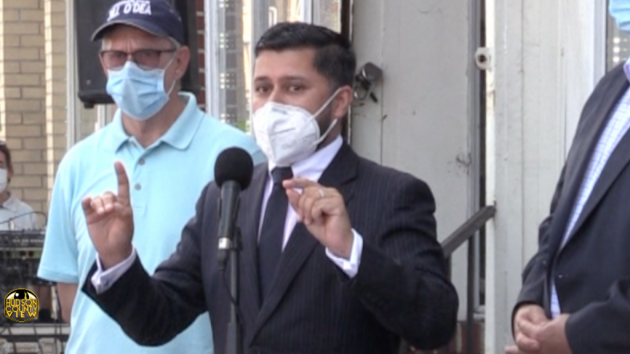 Bill (A-4235), also sponsored by Assemblywomen Shavonda Sumter (D-35) and Verlina Reynolds-Jackson (D-15), would provide for public health emergency credits to be awarded to certain inmates in the event a state of emergency is declared by the governor as a result of communicable or infectious disease and results in the modification of correctional facility operations.

“Our prison system has been severely impacted by the COVID-19 pandemic. Inmates have been afflicted at a particularly alarming rate due to the inability to quarantine or practice social distancing, creating a higher risk for individuals and the community at large upon their release,” the three legislators said in a joint statement.

“Public health emergency credits will help expedite the release of certain inmates who are approaching the end of their sentences to reduce transmission to inmates and correctional facility staff. If we can enhance public health and safety by releasing eligible prisoners who are getting out anyway, we can effectively help reduce the spread of the virus in these facilities and reduce risk to the community upon their release.”

Under the bill, public health emergency credits would be awarded to an inmate in the custody of the Department of Corrections who is serving a sentence or receiving jail credits applicable to the sentence.

The credits would then provide further remission from both the maximum and minimum term of the inmate’s sentence at the rate of six months for each month served during the declared emergency – with a maximum of 12 months of remission to be awarded for any declared emergency period.

Awarding of public health emergency credits would not limit or affect an inmate’s eligibility for parole consideration.

The bill will go to the assembly speaker for further consideration after clearing the Assembly Judiciary Committee, where Mukherji serves as the chair.

Menendez on chaos at Capitol: This ‘goes against every value we...