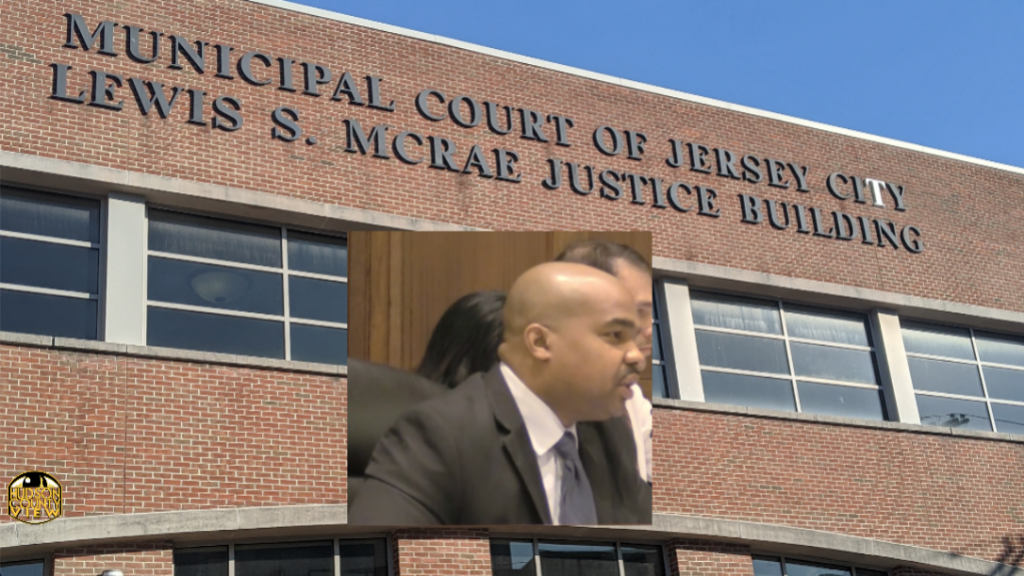 “These are allegations by his former girlfriend, who worked for his business, which are absolutely false,” Robinson’s attorney in the matter, Christopher Adams, told HCV this morning.

“He looks forward to being vindicated and proven innocent … The entire incident she complains about is caught on video: I’m not sure what her motivation is but the facts clearly exonerate Councilman Robinson.”

He also said that the councilman has been fully cooperative with the police investigation.

Robinson had an appointment at Jersey City Municipal Court, located at 365 Summit Ave., at 7 a.m. this morning before agreeing to be remanded to the Hudson County Correctional Facility – where he’ll stay until his detention hearing later today.

Robinson is accused of throwing his ex-girlfriend, as his counsel referred to her, down the stairs at his home, which is upstairs from his business – the Light Rail Cafe – on Friday after allegedly drinking all day.

According to the criminal complaint, the alleged victim says she sustained bruises on her legs, right arm, and her back, as well as a “minor cut” on her forehead.

Hudson County Superior Court Judge Paul DePascale presided over Robinson’s 1 p.m.  virtual detention hearing, where he was released under his own recognizance.

He was also briefly representing former Jersey City Board of Education President Sudhan Thomas, who is facing charges from the U.S. Attorney’s Office and the New Jersey Attorney General’s Office, earlier this year before dropping him as a client for non-payment.