Jersey City seems an unlikely battleground for a multi-billion dollar tech company, but there’s quite a bit at stake for short-term rental giant Airbnb – along with the opposing interests of the hotel industry – with a critical referendum question on Tuesday’s ballot. 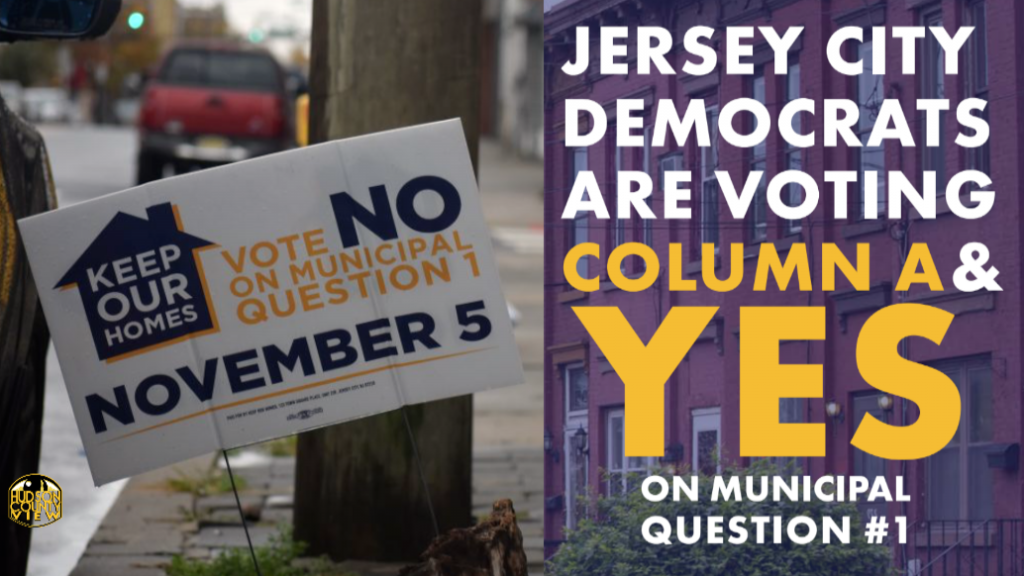 Over the past several months, Jersey City has seen millions in campaign cash flood the city, taking form in an avalanche of mailers and advertisements with accusations of self-interested politicians and big companies looking out for their profit margin: all for a local municipal referendum.

The referendum will decide whether the city follows the lead of cities like Los Angeles, Portland and Nashville by imposing regulations on short-term rentals. And sources say the vote could mark a significant foothold for Airbnb.

With the company, founded in 2008, ready to float its initial public offering, or IPO, sometime next year, the outcome of the referendum set for Tuesday could “absolutely” affect when the company issues its IPO, according to Giacomo Santangelo, a professor of economics at Seton Hall.

“As we’re seeing more and more of these protections for landlords, for tenants and for customers, Airbnb’s profit margin is expected to shrink and this presents a problem for them,” he said.

“[And] if there is uncertainty, they may have difficulty raising money because there’s volatility in the stock. I think Airbnb wants to make sure they have all their ducks in a row before they push forward with that.”

In July, members of the short-term rental community, later deemed “Keep Our Homes” – a group financially backed by Airbnb – submitted more than 20,000 signatures to the city to put a municipal ordinance up for a vote.

Now, it’s up to the voters.

Supporters of a yes vote say short-term rentals are driving up rent in Jersey City and disrupting multiple the quality of life in numerous neighborhoods, while those opposed say the regulations hamper their livelihoods and ability to make money.

The company, which is currently valued at more than $30 billion, has said short-term rentals contributed $40 million to the Jersey City economy last year alone and that there are roughly 3,000 Airbnb listings in the city.

Their IPO, according to reports, could mean a successful offering in a market that has seen big tech companies struggle to garner capital from public offerings. Still, it all rides on the stability of its profit margin.

“With any stock, you’ll see success on good news and [disappointment] with bad news,” Santangelo said.

Other experts said the Jersey City market may not necessarily have a major affect on the IPO, but said it certainly sends the right optics for the company if the ordinance is voted down.

“Airbnb has grappled, ever since they became economically significant, with regulations,” said Apostolas Filippas, a professor at Fordham University’s Gabelli School of Business.

“I think investors are by now well-informed about the potential problems that Airbnb could face in expanding. By itself I don’t think it would affect it too much, but cities around the world are becoming stricter and stricter … it’s more of the signaling game, I believe, if they can say ‘we managed to repeal this.'”

Airbnb Northeast Press Secretary Liz DeBold-Fusco declined to comment specifically on the IPO, but said that “thousands of residents have benefited from the corresponding growth in the local tourism economy.”

” … These thousands of residents may be in serious financial jeopardy, with some even at risk of foreclosure or bankruptcy: all because of the mayorâ€™s short-term rental ban, crafted at the behest of the hotel industryâ€™s special interests.”

“When our host community came to us asking if we would help them push back against this ban, we gladly said yes and we are proud that the Keep Our Homes campaign is bringing the future of short-term rentals directly to the voters.â€

The company has spent more than $4 million in the run-up to the election.

Nevertheless, they have faced formidable opposition from the New York City Hotel Trades Council and a hotel union-backed group called Share Better – which has spent around $1 million to push a yes vote, campaign finance record show.

Numerous politicos and organizations have backed a yes vote as well. Gov. Phil Murphy (D) even made a rare endorsement of a yes vote earlier this month.

Mayor Steven Fulop, one of the first voices of the vote yes movement, has faced criticism from the opposition for his relationship with the HTC.

According to the New York Times, the mayor’s relationship deteriorated after a promised $10,172 campaign contribution to his 2017 re-election campaign arrived late, after a filing deadline with the New Jersey Election Law Enforcement Commission had passed.

“Regardless of whether the mayorâ€™s abrupt and 180 degree shift from proactively supporting short-term rentals to backing a de facto ban pushed by hotel interests was related to hotel industry campaign donations, what we know for sure is that many residents of Jersey City relied on the law and representations of the Mayor to invest in the short-term rental economy – and now they stand in financial jeopardy as a result of his flip-flop,” DeBold Fusco said.

“The reality is, the mayor has worked with Airbnb as recently as earlier this year. Furthermore, the mayor didnâ€™t even draft the legislation on the ballot question,” she added.

“It was done thoughtfully by a committee of Jersey City residents. Finally, the mayor was, and is still, honored that Airbnb has been one of the his largest financial supporters to his campaign, but just because they contributed doesnâ€™t mean they get to avoid basic regulations here in Jersey City.”

Parent activist group hosts Q & A session with all 8...