Assemblywoman Angela McKnight (D-31) is among four Assembly Democrats that have introduced legislation looking to reform expungement laws throughout the state. 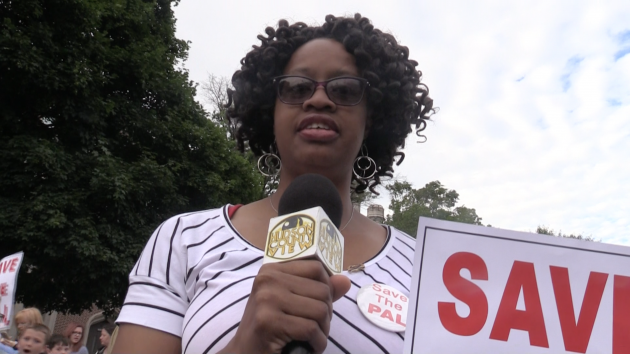 The bill (A-4012) would allow an individual with more than one criminal conviction to apply to have his or her records expunged 20 years after the most recent conviction, payment of fine, completion of probation or parole or release from incarceration – whichever is most recent.

Similarly, a criminal conviction involving the sale or distribution of illegal drugs generally may not be expunged under current law.

Records of a conviction for a violent or serious offense, such as homicide, sexual assault or arson, may not be expunged under the bill.

â€œMany formerly incarcerated individuals come back home feeling like they have no future, because they know their criminal record always will be there to haunt them,â€ McKnight said in a statement.

â€œIn addition to opening doors to employment, housing and public assistance to help people restore their lives, this bill will provide hope, which is fundamental to successful re-entry.â€

At the third annual Prisoner Re-entry Conference in March, Gov. Chris Christie (R) revealed that he hoped to make changes to expungement laws.

â€œIâ€™m ready to do it, I think this is something that could be done between now and June,” he said at the Jersey City forum.

Prior to Christie taking the stage, Gary Meyer, a successful South Jersey business owner, spoke about the struggles he has endured due to a drug arrest from 24 years ago that he cannot get expunged under current state law.

The next month during a press conference in Hoboken, Christie responded to an inquiry from Hudson County View asking for an update on the situation.

â€œYea, I had a great meeting last week with Senator Cunningham, who has kind of taken the lead â€“ as I understand it at least â€“ in the state Senate on expungement legislation. We met for about 90 minutes last Thursday, in my office,” the governor said at the time.

In response, Cunningham also expressed hope in getting new legislation passed before June 30.

â€œWeâ€™re now trying to do expungement legislation that will check as many boxes off as possible. Iâ€™m happy heâ€™d like to see it done by then [June 30th], I certainly would. Thatâ€™s a good sign,” she told us over the phone back in April.