Hudson County Sheriff Frank Schillari has offered his “deepest condolences and our heartfelt sympathy to his family and loved ones” in light of the suicide of Sheriff’s Officer Alex Ferrer. 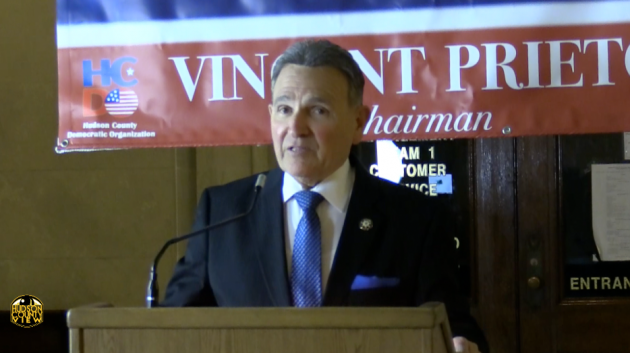 “Alex served in our Court Division and SWAT Team, and had been a member of our department for the past 4 years. We offer our deepest condolences and our heartfelt sympathy to his family and loved ones.”

As Hudson County View first reported, Ferrer, 41, was found dead in his West New York home and the Hudson County Prosecutor’s Office was investigating the matter.

While the prosecutor’s office declined to provide his name, a spokesman confirmed they were investigating the death of a 41-year-old officer who appeared to have died as the result of a self-inflicted gunshot wound.

Back on May 14, Ferrer was charged with DWI within 1,000 feet of a school (Beacon Christian Academy) and reckless driving after crashing his civilian vehicle into a Bayonne bar early Saturday morning, according to Police Capt. Janine Foy.

As a result of the incident, Ferrer was suspended without pay and the sheriffâ€™s office opened an internal affairs investigation.