In a letter to the editor, Friends of Liberty State Park President Sam President says that Hoboken’s Union Dry Dock should be used to complete a contiguous waterfront park. 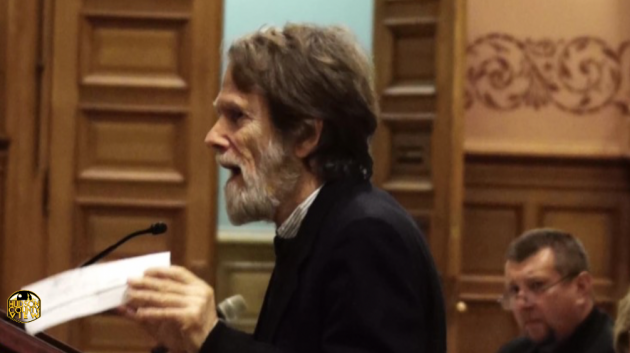 This is clearly the right thing for social justice and environmental justice.

Friends of LSP chooses a peaceful, green waterfront as a sanctuary in our stressful society for people to enjoy as so many other enlightened cities have done around the world, instead of the heavy industrial use of diesel refueling and repairing ferries, destroying the visionary greenway plan and adversely impacting the environment.

Now, more than ever is the time to champion a green waterfront and not abandon the lives of urban people in this concrete, densely populated region, by choosing to enrich a multi-millionaire corporation with its shameful ignoring of the clear public good and deceptive ads.

We believe Lackawanna Terminal and the Bayonne options, despite the opposition from New York Waterwayâ€™s lobbyists, are both viable options which NYWW can implement with the support from the state.

When New York Waterwayâ€™s recent lawsuit against Hoboken was dismissed, a judge reviewed the full record and determined that the specter of a â€œtransportation crisisâ€ if NYWW does not locate to UDD is â€œunfounded.â€

Given this, and the viable alternatives that exist to stay where they are and continue to operate, or relocate to Hoboken Terminal or Bayonne, there is no legitimate public interest reason for New York Waterway to utilize Union Dry Dock.

NYWW deceptively manufactured this â€œcrisisâ€ by selling their Weehawken land to developers for luxury condos without having a backup plan. They caused this problem for themselves, and now â€œwant their cake and eat it too.â€

We firmly reject the blatantly selfish and stubborn effort of NYWWâ€™s desire to maximize their profits at the expense of the benefits of this and future generations to enjoy a serene, transformed waterfront.

In â€œOn the Waterfront,â€ the classic movie about standing up for whatâ€™s right, Marlon Brandoâ€™s character fights the selfish bullies who are the Hoboken dock workersâ€™ union officials, and now – the real life good guys standing up for whatâ€™s right for Hoboken as an international model of the spiritual power of urban open space – are being bullied by NY Waterways in their small-minded, high-powered lobbying attempt to crush the contiguous green waterfront Common Good vision.

The head of NYWW has said that the ferry depot at UDD would â€œadd value to waterfront propertyâ€ but it will add value to his companyâ€™s profits at the expense of adding true value to the waterfront of a priceless green waterfront park which will be a great regional and NJ attraction.

The value of UDD canâ€™t be measured in the dollars and cents of NY Waterways balance sheet. What is most important is the balance sheet of Americaâ€™s and our civilizationâ€™s highest ideals.