In a letter to the editor, Bayonne resident Peter Franco says that tomorrow’s municipal elections “will be about accountability.”Â 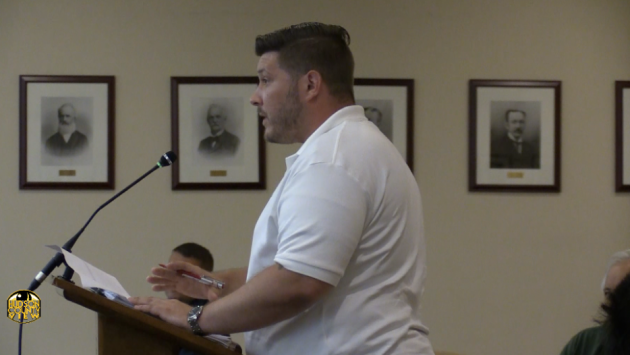 I am writing to you in response to John Sebikâ€™s letter to the editor yesterday.

This may come as a surprise to Team Davis as their underlings have spent countless hours this election season attacking private citizens like myself and my family but I have zero involvement with the Oâ€™Donnell campaign.

I have never been in the campaign headquarters. I am not a surrogate, and I have not been out on the campaign trail. I have diligently maintained my blog and continued my activism in this community advocating for our taxpayers which began over 6 years ago.

Jason Oâ€™Donnell is great neighbor, an incredible community guy, and I have a great deal of respect for him and admiration for his continued dedication to our city.

I have made it no secret that he and his entire team have my familyâ€™s support on Election Day which is why when he kicked off his campaign in October, my family and I sat front and center.

I do not begrudge anyone for whom they are supporting or choose to vote for on Tuesday. That is their right and I encourage everyone in our city to go out tomorrow and exercise their constitutional right.

I understand Mr. Sebik feels personally attacked when I pointed out that his wife and sister were hired by Mayor Davis.

While I was saddened by his letter, I want him to know I do not envy the tough position Mr. Sebik is in when he has to choose between whatâ€™s beneficial for his family or what is fair for the rest of the families living in Bayonne. It must be extremely conflicting.

As Mr. Sebik mentioned in his letter, this election has been muddy but there is a difference between dirty politics and highlighting the inconsistencies of the mayorâ€™s promises or drawing contrast between the mayorâ€™s record and the alternative visions of the other two mayoral candidates.

That is otherwise known as a debate, Mr. Sebik.

What I believe will matter most to voters on Tuesday is not the deflecting rhetoric or distracting sidebar over the past few months but rather the actual issues affecting voters day to day over the past four years.

From the tax increases and rising rents, to their lengthier commute and the conditions of the roads.

The parking problems that have been exacerbated through overdevelopment and the punishing driveway tax, elevated crime, lack of affordable housing, and diminished contracting services from animal control to waste management.

To quote then candidate Davisâ€™ plagiarized Sarah Palin quote during the 2014 mayoral debate â€œyou could put lipstick on a pig, but itâ€™s still a pig.â€

Under the Davis administration we have painted electrical boxes, fire hydrants, and commissioned statues of figures sitting on benches.

We still donâ€™t have trash receptacles on our corners or additional benches for our residents to actually sit on, and those same out-of-service fire hydrants still bleed money into our catch basins daily, creating greater depressions in our roads but hey, at least they have a fresh coat of paint.

I believe in my heart this election will be about accountability. Our elected officials will have to answer for the unkept promises of four years ago. From the broken promise to end one-time deals to plug budget holes and borrowing of future money to pay down current expenses.

The failed commitment to Broadwayâ€™s revitalization, the supposed ending of cronyism, nepotism, and political patronage, and the joke that was the promise of greater transparency at city hall.

The picture that our mayor wants to paint is one of progress when in reality the American Dream has become the Bayonne Burden.

Property taxes feel like a second mortgage while wealthy developers are the ones receiving the tax breaks. No jobs for local laborers but local realtors like Mr. Sebik and redevelopment attorneys are gainfully employed.

Mr. Sebik, actions do speaker louder than the words, I just donâ€™t think youâ€™re going to like the actions of the Bayonne voters on Tuesday.

P.S. Since youâ€™re so close to the mayor can you please share this with him, I â¤ Bayonne too.