In a letter to the editor, Welcome Home Jersey City Co-Founder and Executive Director Alain Mentha, who is terminally ill with cancer, says his dying wish if for Councilwoman-at-Large Amy DeGise to resign. 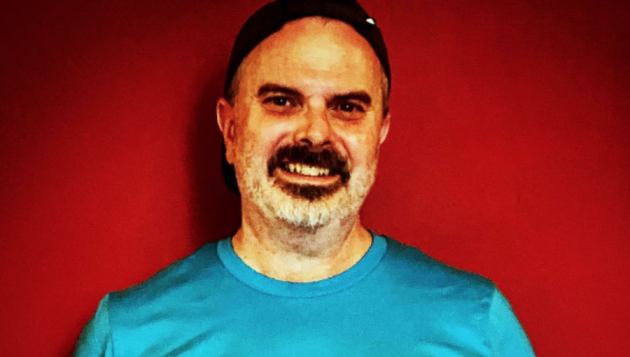 My name is Alain Mentha. For the last 27 years, I have called Jersey City my home. What’s more, as part of being a member of this community, I have been very active in civic life here as an elected committeeman in Ward B.

I am also the co-founder of Welcome Home Jersey City, a non-profit organization which supports refugees who are resettled here.

We have helped hundreds to rebuild their lives in Jersey City, from the basics of finding a place to live and work to support their families, as well as connecting to a community that appreciates and uplifts them.

I have been diagnosed with pancreatic cancer, which has now spread to my liver and my lungs. I am currently Stage 4, and I do not expect to live very much longer.

I am surrounded by friends and family who love me, and at peace with the life I have led.

With one exception: My dying wish is to see Council-at-Large member Amy DeGise resign. She needs to leave now.

We’ve all seen the video footage of the collision, and since learned about her grotesque sense of entitlement. We don’t need to wait for any court rulings. She doesn’t either.

I, along with the whole world, saw that video, along with the subsequent videos that came out. Amy DeGise, you are bringing dishonor to our city. The time to act is now.

Frankly, I’m shocked that Amy DeGise hasn’t resigned, and more shocked that Mayor Fulop and his allies on the city council haven’t demanded it. Where is your moral integrity?

I am calling upon all the members of our city council — along with the Mayor — to join with me in asking for her resignation.

I have worked hard — often alongside many of these same elected officials — to make Jersey City a better place for all of us.

Amy DeGise’s presence on the council undermines all of those efforts. It’s time for her to go, and I hope you will join with me in calling for her to step down.