In a letter to the editor, two members of the Hudson County Young Republicans claim that U.S. Senator Bob Menendez (D-NJ) speaking out against the county’s agreement with U.S. Immigration and Customs Enforcement shows the desperation of his campaign.Â 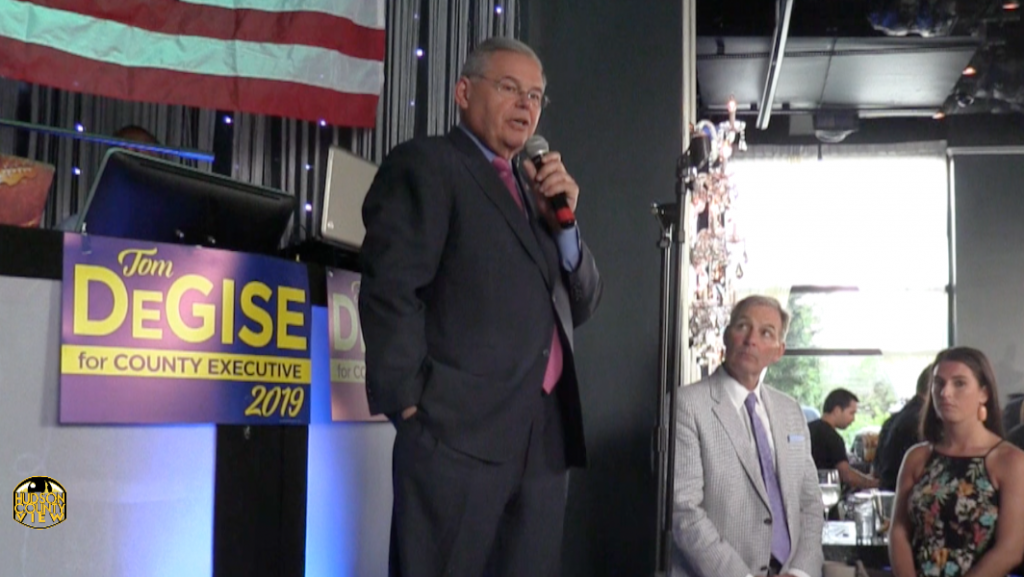 Embattled Senator Bob Menendez, a Democrat who was admonished by a bi-partisan Senate commission for taking illegal contributions as well as for misusing his office for personal gain, has recently weighed in on Hudson Countyâ€™s decision to renew its contract with the U.S. Immigration and Customs Enforcement (ICE).

The contract, which has been renewed repeatedly since 1996, generates over $19 million for the county in return for housing roughly 650 illegal aliens who have committed crimes in addition to their initial illegal entry into the U.S.

According to NJ.com, Menendez is quoted as saying â€œI donâ€™t like assisting the Trump administration in that regard.â€

His motivation for ending the decades-old contract, approved continually by local Democratic elected officials, is to win back the nearly 40% of the Democratic voting base turned off by his documented record of political corruption and who voted against him in the Democratic primary for Senate.

He hopes a portion of these voters will be swayed to support him by adopting their presumed alt-left ideological positions.

In a desperate attempt to garner votes to fight his challenger, Senate candidate Bob Hugin, Menendez is putting political posturing over the safety of our fellow Americans.

In addition to generating millions in revenue for the county and removing criminals from the streets, the contract enables the detained illegal aliens to pursue a legal defense and asylum application with greater ease than the alternative – for ICE to send them to a jail far away from any family and support network they may have in the area.

Menendez is closely aligned with Hudson County Executive Tom DeGise, who along with the county freeholders, approved the contract.

It is no surprise that Menendez is rumored to be pressuring DeGise to cancel the contract.

This is just another example of Menendez using his office to promote policies that benefit his re-election chances and not the people of New Jersey.

Two weeks ago, Menendez was reportedly telling Democratic county bosses he was confident he could beat challenger Bob Hugin in November.

The fact that Menendez is meeting with county bosses in swanky hotel conference rooms while Senate candidate Bob Hugin is traveling across the state, meeting constituents, and listening to the real challenges the people of NJ are facing, is evidence that Menendez
is out of touch with the average New Jersey voter.

If Menendez thinks he can win by appealing to unreformed old school party elites and by vilifying law enforcement, then Hugin will certainly win in November.

Hudson County, and all of NJ, deserve better than Menendez. Voters know that our law enforcement officers work tirelessly to keep violent criminals off our street, yet Menendez fails to realize that pandering to out of touch elements of the alt-left is no way to protect our neighborhoods nor to govern.

The residents of the county, and of the state, deserve a Senator willing to put public safety and good policy above political expediency.

Bob Hugin, a former Marine, is just the man for the job. New Jersey needs Bob Hugin, it cannot afford another six years of Menendez.