In a letter to the editor, multiple members of the Hoboken Democratic Committee wrote that the city council needs to take a vote in order to ensure the local pay-to-play laws are upheld during peak election season. 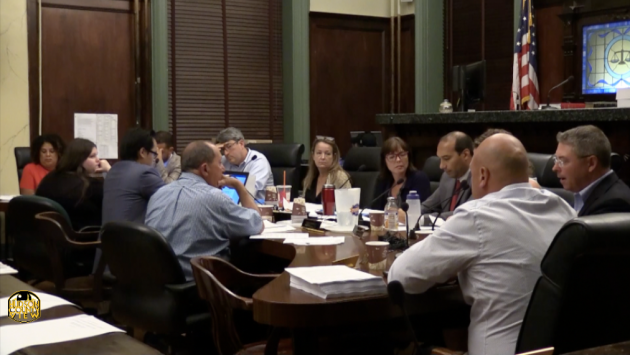 According to the Democratic National Committee’s platform, “Democrats believe we must fight to preserve the essence of the longest standing democracy in the world: a government that represents the American people, not just a handful of powerful and wealthy special interests.”

While this represents the position of the Democratic Party nationally, the principal of fair elections is just as vital to local municipal elections.

The fear that “Big money is drowning out the voices of everyday Americans, and we must have the necessary tools to fight back and safeguard our electoral and political integrity,” is as true in Hoboken as it is in Washington.

We are fortunate that the City of Hoboken has robust campaign finance laws that help to safeguard the integrity of our local elections, including strict pay-to-play laws that keeps our city government honest.

On Thursday, September 26, the Hoboken City Council will be considering those very same laws and will decide whether to continue to enforce and respect the current local law.

As a community, we must collectively urge the Council to enforce our reasonable current campaign finance and pay-to-play laws to maintain a fair playing ground and set reasonable rules for all candidates for local office to follow.

Hoboken’s municipal elections are coming in November. Candidates have already collected and submitted petitions, and ballot positions have been assigned. All this has happened under the current campaign finance law.

Please come out to the council meeting on September 26, 7 p.m., to demonstrate your support for upholding and enforcing Hoboken’s existing campaign finance and pay-to-play laws.