In a letter to the editor, District 31 Republican Assembly nominee Matthew Kopko calls his Democratic opponent’s recent submission to Hudson County View “fiction,” adding that she “has no idea what she is doing.”Â Angela’s recent ‘letter to the editor,’ which clearly wasn’t written by her, is a nice reading in fiction. I don’t think Angela has bad intentions. I think she has no intentions and has no idea what she is doing.

I think she was a last resort candidate after several legitimate candidates were passed over, including Assemblyman Charles Mainor, Councilwoman Joyce Watterman and Denise Ridley, who were horse traded and passed over by old, white, corrupt Democratic political bosses for their own purposes.

I think Angela DID commit campaign fraud, and worse, I believe her campaign knowingly falsified election reports in a pathetic attempt to cover it up, an attempt any good lawyer can see right through.

I will continue to work diligently in exposing the systemic corruption in Hudson County. As Ras Baraka, mayor of Newark, said, “I ain’t snitchin. I’m telling! Snitching means I’m with you and what you are doing. I’m not with you! And you can tell them the mayor told me to.”

As I have said, I pray for the rule of law, integrity, and honorable public servants to return to this area, because they are few and far between. I know it is a tall order, and it may take years, but if it was easy, everyone would do it. 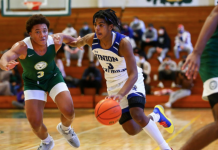 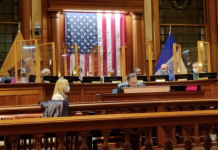