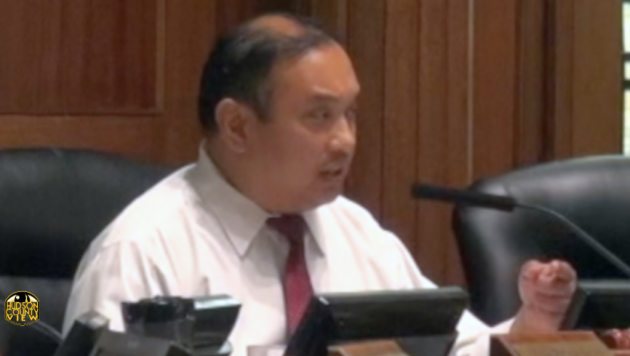 “These amendments represent a stark contrast to Mayor Fulop’s exclusionary ordinance, which sells out of the people of Jersey City to his developer donors,” Lavarro said shortly before today’s caucus meeting.

“They ensure the benefits of Jersey City’s development is shared by the very people who made this city so special; the working-class, immigrants, and the marginalized minority residents of Jersey City. They do so by getting tough on those developers who for too long have controlled our city’s political system.”

On October 7th, the council approved the first reading of a measure that would require 20 percent affordable housing for residential developers with projects over 15 residential units that are requesting five or more additional units – or an additional 5,000 square feet of residential floor area through a redevelopment plan amendment or a variance.

Several residents panned the local legislation, claiming it was too amicable for developers, in particular a buyout provision that would allow developers to pay the city between $25,000 and $100,000 per unit – with a two percent annual increase – instead of building affordable housing.

Those funds would then be allocated to the city’s affordable trust fund.

Conversely, Lavarro’s amendment would triple the required affordable housing built in Downtown Jersey City to a mandatory 15 percent onsite and at least double the amount required in other “hot” real estate markets across the city to a required 10 percent onsite.

His amendments would also “close the loophole” by not allowing any waiver provisions, including one that would allow developers to bypass building affordable housing by offering community givebacks such as a parking garage or police station.

Furthermore, a unit would be required to be affordable for 45 years, up from 30 years. The amendments also require developers to pay down to the last cent, by requiring payment in lieu of “rounding” calculations.

For example, when the inclusionary zoning formula requires a developer to build 25.4 affordable homes, the developer must pay for the “.4” in addition to building the 25 homes.

Council President Joyce Watterman, who spoke in favor of the current IZO prior to first reading, said during today’s caucus that the council didn’t have time to read through Lavarro’s proposal since he only gave them two hours notice.

Nevertheless, she didn’t have a problem leaving them up to a vote for Wednesday at 6 p.m., when second reading of the current measure could potentially be approved.

“For the last eight years on the city council, it was Councilman Lavarro who led the effort to give tax abatement after tax abatement to the developers without any consideration for affordable housing ever, so it seems very hypocritical and disingenuous that he now pretends to care about this issue,” she said, also claiming he has “a track record of misrepresenting the facts.”

Jersey City BOE has 2 upcoming hearings before vote on next...