A complaint filed with the New Jersey Department of Education that sought to void the Jersey City Education Association’s four-year contract with the local board of education was dismissed yesterday. 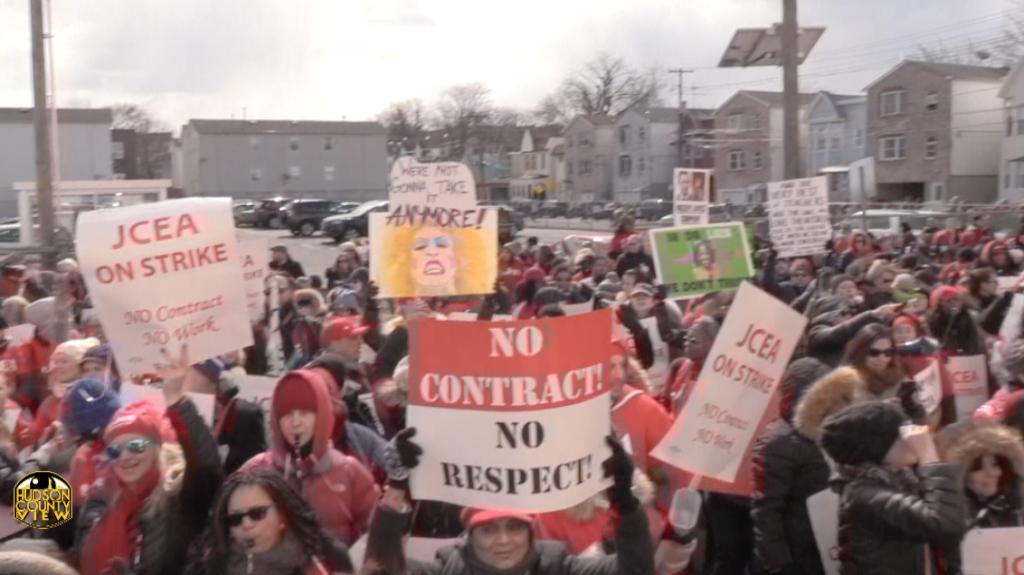 “The Commissioner, and therefore, the OAL (Office of Administrative Law) does not have jurisdiction as the claims in the petition all hinge upon alleged violation of the School Ethics Act,” ruled Administrative Law Judge Thomas Betancourt.

” … The proper venue for the within matter would be the School Ethics Commission (SEC) … Further, the SEC has no authority to grant the relief requested in the petition.”

At the end of last month, Jersey City Board of Education Trustee Matt Schapiro and Cathy Coyle, a former assistant superintendent and later a state monitor for the district, filed a petition with the state to void the with the teachers union due to alleged conflicts in the negotiating process.

The 123-page complaint said that Board President Sudhan Thomas and Vice President Lorenzo Richardson should not have negotiated with the Jersey City Education Association, mostly due to receiving campaign contributions between 2016 and 2017.

The complaint also contended that the board leadership conducted negotiations without consent to do so, nor with counsel present, as well as that the Doctrine of Necessity â€“ which allows conflicted board members to vote under the right circumstances â€“ was not invoked properly.

Thomas said in a statement that the judge’s decision made it clear that this was another “desperate” ploy that was also “disappointing” and “disturbing.”

â€œThe desperate and vengeful tactics undertaken by the Parents for Progress and Jersey City United, aided and abetted by a sitting board member, which continue to steal and divert precious classroom tax dollars from our 33,000 children should be responded to in full measure by the citizens of Jersey City,” Thomas said.

“[Schapiro] has nothing to show in the last 18 months except for a series of failed quixotic pursuits, obsessed with destabilizing and undermining the Jersey City public school system, surrendering any semblance of left over judgement to the special interest group who funded his electionâ€

Despite the complaint being thrown out, Schapiro told HCV he is standing by the allegations made in the petition.

“In my affidavit, I specifically outline the unethical, improper, and illegal actions taken during the secretive negotiation of this massive contract,” he said in an email.

“To hide their misdeeds, the Board leadership continues to prevent basic public information from reaching the public, including the actual price of this contract. Our students and citizenry will bear this ill-deserved cost for years to come.”

Schapiro and Coyle are both considered allies of former Superintendent of Schools Dr. Marcia Lyles, who has been on paid leave since the beginning of the year after the school board voted to oust her.

The JCEA’s contract is worth nearly $300 million and was approved by the board back in April. The four-year deal began on July 1st and runs through June 30th, 2023.