A New Jersey Office of Administrative Law judge has finally concluded an over three-year saga over an ethics complaint that alleged Jersey City Board of Education Vice President Lorenzo Richardson improperly filed actions against members of the school board. 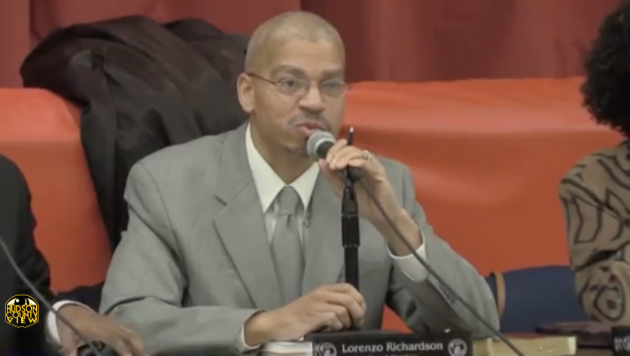 Office of Administrative Law Judge Kelly J. Kirk ruled on September 19th that while Richardson did not act in a manner that was “overtly unethical or conflicted,” a reprimand is necessary in order not to set bad precedent to file a petition any time board members are at odds.

“Other than to perhaps ingratiate himself to the public as being a driving force behind the renewal or non-renewal of the superintendentâ€™s contract, from the record and testimony, it does not appear that Richardsonâ€™s actions were self-serving in nature and the petition does not reflect Richardsonâ€™s opinion or position as to the merits of whether the Lyles should have been renewed or not.”

The ethics complaint was filed by former Board Trustee Matt Schapiro back in June 2016, where he alleged it was Richardson violated state statutes when he filed a petition against then-Board President Vidya Gangadin and former Board Counsel Ramon Rivera.

“The ruling is an affirmation that the wheels of accountability may turn slowly, but they always turn. Official misconduct can only be hidden when regular citizens are afraid to step up and call it out,” Schapiro told HCV.

“Vice President Lorenzo Richardson was a genuine student advocate before he was compromised by the special interests which hold the current Jersey City Board of Education in its vise.”

Specifically, Richardson wrote a letter to the New Jersey Commissioner of Education in February 2016 in hopes of the board holding a special meeting to vote on the contract of then-Superintendent of Schools Dr. Marcia Lyles.

Lyles received a four-year contract renewal in December 17th, 2015, though many board members were dissatisfied with this outcome since her contract did not receive a vote and was automatically renewed as part of a provision in her prior deal made in 2012.

After a long, drawn out process earlier this year, Lyles was eventually ousted as superintendent and remains on paid leave as her federal lawsuit is still working its way through the courts.

According to Board President Sudhan Thomas, Richardson followed the advice of his peers and plans on appealing the decision.

â€œVice President followed instructions made in public by then Board President Gangadin and Board Counsel Rivera to write to the commissioner requesting for a Board meeting to discuss and vote on Dr. Lyles contract. He was later called to Trenton by a DOE employee and made to fill out forms which turned out to be an application to sue the JCBOE,” he said.

“Richardson did not have the legal sophistication to understand the outcome of filling up those forms and was not afforded counsel access to review the forms. In June 2018, four members of the JCBOE including Gangadin, Schapiro sent a similar letter to the DOE asking for them to intervene. It is clear that Richardson was set up and framed … We expect an appeal and have reason to understand exceptions are being filed today.”

Richardson, a certified member of the New Jersey School Boards Association, can lose his certification status as a result of the reprimand, according to their official website.

LETTER: ‘Leadership that Listens’ BOE team is the best choice for...